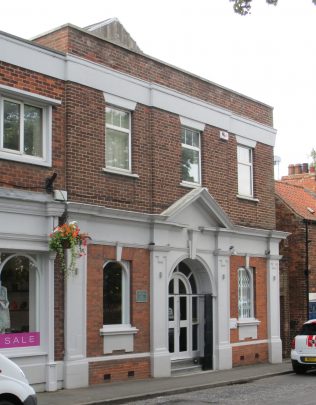 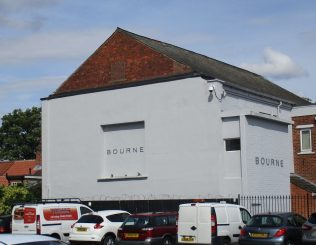 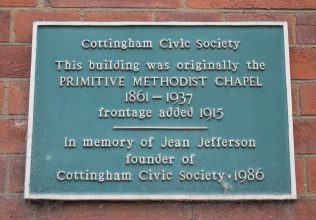 The 1851 Census of Religious Worship for Yorkshire records a Primitive Methodist chapel erected in 1828 which held 148 people. Thomas Clark of Thwaite, the Steward, recorded that the average afternoon and evening attendance was 100 people, although on Census day, March 3rd, there were 57 in the afternoon and 58 in the evening.  There was no Sunday School on that day.

The Bourne shop in King Street served as a Primitive Methodist chapel between 1861 and 1937 when the societies united in the former Wesleyan chapel in Hallgate, the current Cottingham Methodist church.  The frontage was amended in 1915. The former apex roof can be clearly seen above the parapet.

Colin Dews tells us the architect of the 1861 chapel was Joseph Wright, then of Leeds.