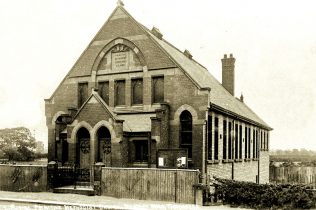 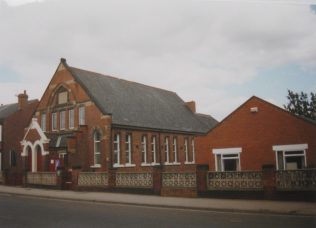 The Bentley Road, Doncaster, Primitive Methodist chapel in Keith Guyler’s picture was opened in 1899 and closed in the 1980s.  It is located on Bentley Road, the A19, further south of the Bentley Primitive Methodist chapel (see here).  By the time of Keith Guyler’s photograph in 1998 it had become an evangelical church and on Google Street View in August 2012 it was in use as Mount Hermon Community Church, which continues in 2015.