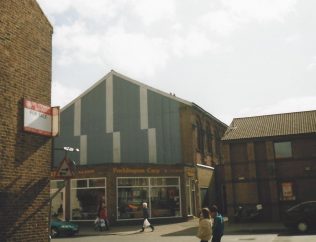 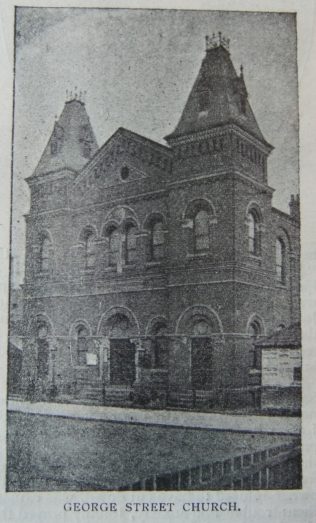 This chapel was described as ‘a large and handsome edifice of brick with freestone dressings, in the Norman style’. The front was flanked by a tower. Inside, there was a gallery, with pitch pine pews to seat 1,000 people. The large windows were filled with ‘cathedral glass’ surrounded by a coloured border.

The chapel closed in 1964, and is seen here in 1999, a shadow of its former self, being used as a warehouse for Pocklington Carpets.