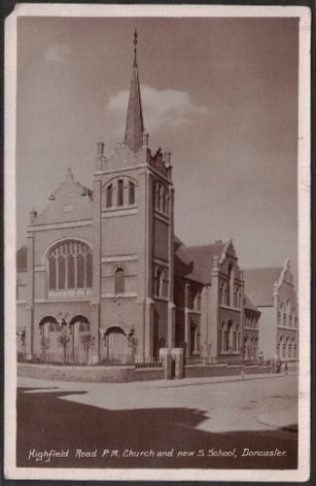 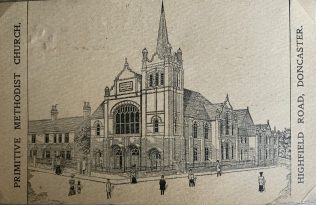 The Highfield Road Primitive Methodist chapel was a large chapel opened in 1906, designed to meet the needs of a growing area of population just north of the Doncaster central area. In 1920 following a circuit reorganisation it became the principal church of the South Yorkshire mission.

It had a relatively short life being closed in 1964/65 and the building has since been demolished.

Records from 1927 to 1964 are held by the Doncaster records office.