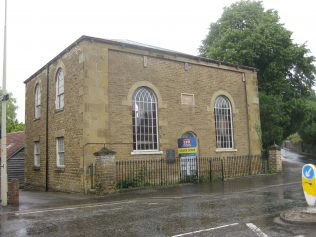 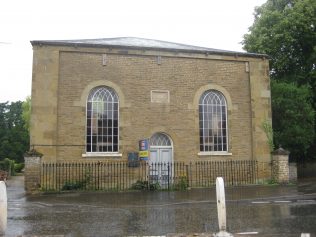 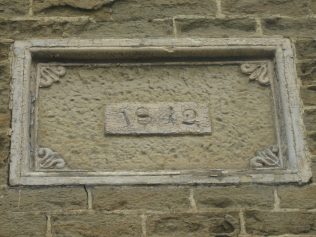 IN THE SCARBRO’ BRANCH OF HULL CIRCUIT.

East Ayton is a picturesque village, south-west of Scarbro’, and lies on the east side of the river Derwent, opposite West Ayton.  A bridge of four arches connects the two villages, which contain about seven hundred inhabitants.

These and the neighbouring villages were visited by Mr. Clowes, and other Primitive Methodist ministers, above twenty years ago.  A small chapel was built at East Ayton, which had of late become too small to accommodate those who wished to sit under the ministry of the Primitive Methodists.  As the village belonged chiefly to W. J. Denison, Esq., fears were entertained by some people that we should not be able to obtain a suitable site of land on which to build a larger chapel.  However, application was made to him, by the kindness of the steward, Mr. Hodgson, who received authority to stake out the requisite portion in an eligible situation.  This and other preliminaries having been executed, we were brought to the laying of the foundation stone.  People from Scarboro’, and from the villages around Ay ton, met in the old chapel on March 16th, 1842, and having started to sing the four hundred and forty-first hymn of the large book,

“Give us room that we may dwell,

we sang in procession to the site where the stone was to be laid, and truly the Lord was in the midst of us.  Mrs. Hodgson laid the foundation stone, amidst a large and deeply affected concourse of people, after which, appropriate speeches were delivered, and the divine approbation on our work was besought by prayer.

“Except the Lord conduct the plan,

The best concerted schemes are vain,

And never can succeed.”

The building, which is an ornament to the village, soon reared its head, and, in the month of July, 1842, was opened by Messrs. Flesher, Sanderson, Lamb, Welbourn, and Newsome, when liberal collections were obtained, and several souls were converted to God. The opening services were followed by a public tea, which had been furnished gratis.

Much praise is due to Mrs. Hodgson, Mrs. Maynard, and the other ladies of the village, for the plentiful and tasteful supply with which they loaded the festive table, as well as for their donations, and the indefatigability with which they went from door to door in pursuit of the donations of other people.  Nor must we omit to acknowledge our obligations to W. J. Denison, Esq. for his munificent gift of the land; to Mr. Hodgson, the steward, for his countenance and liberal support; and to Mr Hall, and the other kind farmers, who led the building materials gratis, and rendered other aid.

The dimensions are thirty-nine feet by thirty-three within.  It has a neat gallery occupying one side and both ends of the building.  Under the part of the gallery occupying the side of the building, there is a sabbath school-room which may be opened to the chapel at option by means of a sliding partition.  Iron palisades, standing about four feet from the front wall, separate the chapel from the street or road.  The erection cost about four hundred and seventy pounds, towards which one hundred and fifty pounds were begged; besides which there were transferred from the old chapel, all the old pews and inner wood work, and ten pounds, in cash.  After having added to these, ten pounds received at the letting of the sittings, there remains on the chapel a debt of three hundred pounds.  Trustees hold the premises for the Connexion, by a properly constructed deed of settlement.

I am happy to add, that since the chapel was opened, we have established within it a Sunday school, and the Ayton friends have given additional testimony of their kindness, by having supplied us with a neat chapel clock.”

The chapel is Grade 2 listed and still exists, although apparently not used in 2016. You can just about make out the 1842 date on the face of the chapel.