Was any of these your family chapel? What do you know - about then and now? 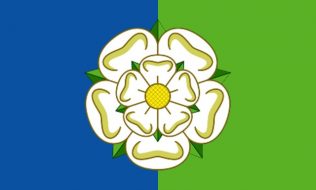 East Riding chapels and meeting houses by David and Susan Neave, published in 1990 by the East Yorkshire Local History Society contains a list of the known non-conformist chapels in the East Riding. The lists in the documents on this page show the Primitive Methodist chapels, taken from the book with permission.

In total there are 179 Primitive Methodist chapels listed; a few are where a society has moved from one building to the next, so the number of societies is probably a little lower – although it is equally likely that some societies have disappeared entirely.

48 of the chapels are already on this website in 2016, 47 of them with pictures – only Pocklington Union Street is missing.

It would be great to add the rest!

Were your family members of one of these societies?   What can you share about the chapels and the people whose lives they touched?

Do you live in the area or fancy some detective work? What has happened to each of the chapels since the list was compiled in the late 1980s?  Can you provide an up to date picture?

The oldest chapel is at Rimswell, opened in 1813 and rebuilt/enlarged in 1889.  The last before Methodist Union in 1932 is at Enthorpe, built in 1912.  It has a note saying it was built of corrugated iron and in 1972 moved to Arras. What is the story there?