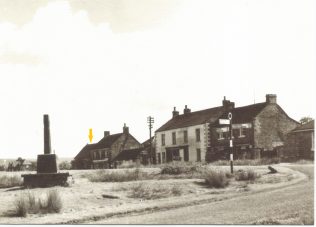 zoom
Sometime in the 1950s Goathland PM Chapel is the single storey building with the arrow above the roof. Photo by kind permission of the shopkeeper in the newsagents just up from the chapel 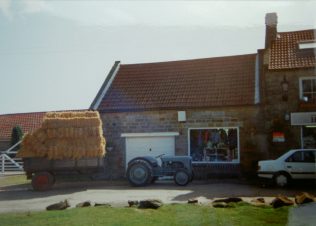 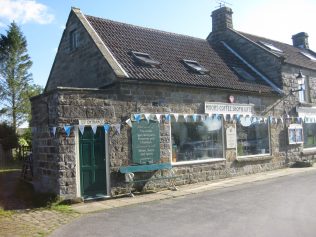 It closed in 1969 and became a garage and shop.  On Google Street View in March 2009 the garage has gone and it is a coffee shop.