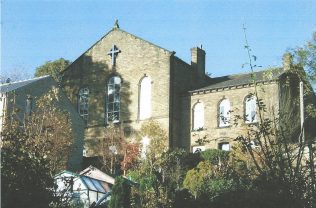 This was possibly the Lindwell chapel on The Carriage Drive.  On Google StreetView in June 2015 it is still recognisable as a chapel but in the process of conversion.

Thanks to Michael Guy for providing the photograph.