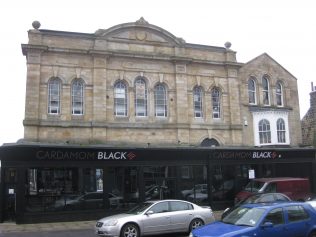 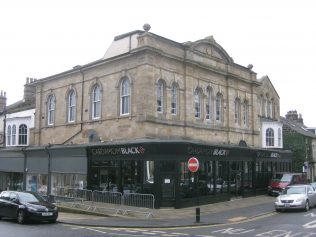 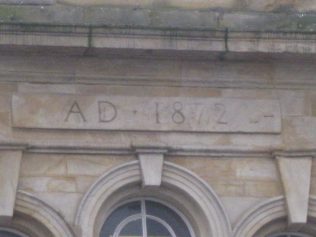 In 1822 Primitive Methodists appeared in Harrogate. They had no chapel and held services in the houses of their members. Their first meeting house was on Smithy Hill in a large rented room. In 1855 they built a small chapel in Westmoreland Entry. It seated 150. Over the door the plaque read Primitive Methodist Chapel erected 1855 Ebenezer.

The foundation stone for the Cheltenham Mount Chapel was laid on September 30th 1871. It was completed the following year and finally opened on the 6th October. The building is in the form of a square and built in the Italian style. In raised letters on the pediment it reads Primitive Methodist Chapel 1872. The date is visible now but not the letters. The chapel cost £2500 and it seated 480 people.

Inside on the north side of the pulpit is a tablet in the form of a scroll. It reads ‘In affectionate remembrance of John Flesher, Primitive Methodist Minister, who died at Forest Moor House, near Knaresborough, July 16th 1874, in the 73rd year of his age, Interred in the Cemetery, Harrogate. He rests from his labours’.

Sadly the chapel building did not remain open for long and in 1910 it became the Empire Theatre. In 1931 it closed as a theatre and afterwards was used for retail purposes. By 1949 it was being used as a garage.

In the 1970s the building next door was damaged by a fire bomb planted by animal rights activists. The fire spread to the chapel building (now being used as a restaurant) to what was the stage area of the theatre causing significant damage, but fortunately the proscenium and auditorium survived.

In 2013 the upper part of the chapel remains much the same as it was conceived by the Primitive Methodists. At road level is the Cardamon Black restaurant and shops giving no indication of the beauty sitting above them. Once this very imposing building must have been quite a land mark within the town Harrogate.