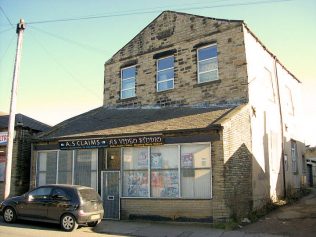 zoom
in commercial use 2012
https://www.churches-uk-ireland.org/images/w_york/heck/batley.jpg

They did not own a chapel at Heckmondwike for over 25 years, until in 1848 they bought the former New Connexion chapel in Batley Road.

Following a strong revival there they built a new chapel at the cross-roads above their first premises, and this second Batley Road chapel remained in use until 1975.

There was another Primitive Methodist chapel in School Lane at Dewsbury Moor, opened in 1860 and closed in 1968.