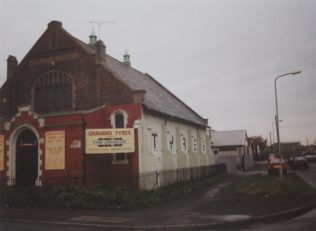 Keith Guyler’s notes simply record that the former Primitive Methodist chapel at Holbrook, South East of Sheffield, closed in the 1960s.  In his photograph of 1998 and on Google Street View of November 2012 it is shown as used by Graham’s Tyres.