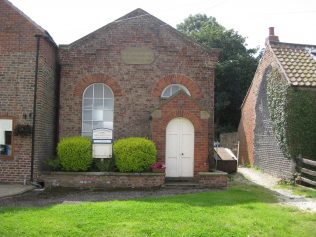 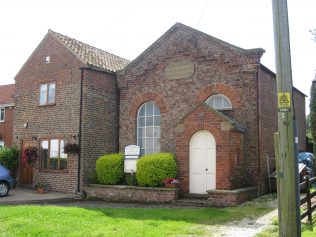 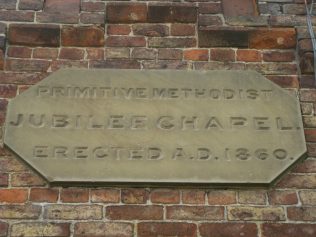 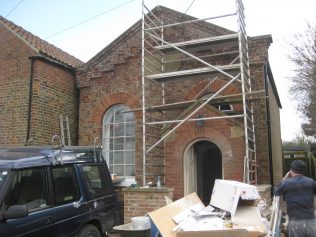 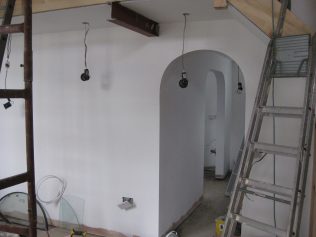 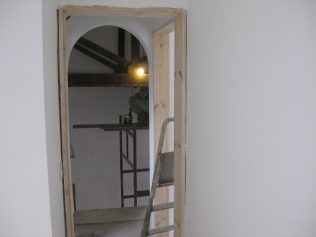 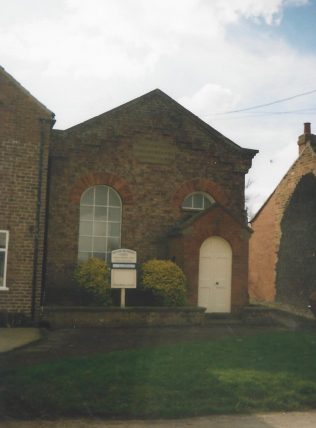 In 1860 the chapel which cost £144 to build replaced “a tumble-down barn like place”. The then Sheriff of Hull, Mr W. Hodge laid the foundation stone and gave £20 towards the chapel costs.

The first three photos were taken in 2009 a year before closure.

In 2013 the  chapel was in the final stages of being tastefully converted into a two bedroom dwelling.

The 1860 opening was reported in the Primitive Methodist Magazine by William Garner. Services took place on 1st July 1860. Speakers were Mrs. Lonsdale, of Hornsea and Miss Wilson, of Hull.

The new chapel cost £130 and the society had raised £80 by the time of opening; it seated 100. Opening celebrations took place in a tent as well as the chapel – there were too many people for the chapel to hold. This was partly because it was a very nice day.

Mr Hodge, the Sheriff of Hull, was going to open the chapel but, when he was unable to come, sent a handsome donation instead.