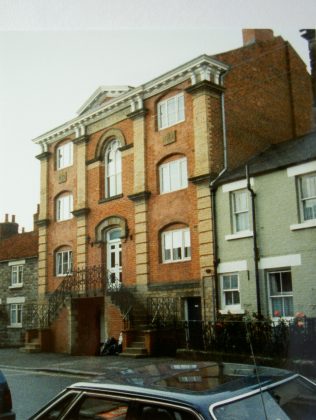 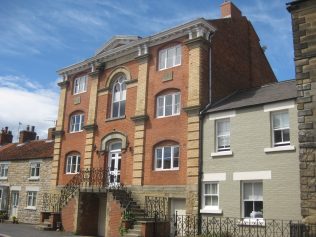 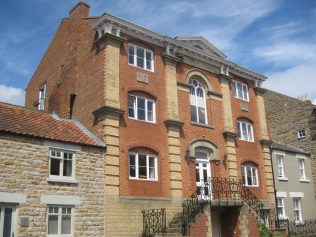 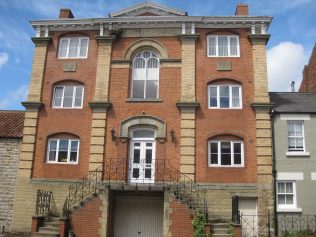 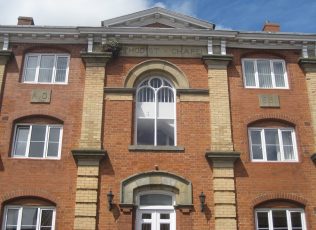 Primitive Methodists in Kirkbymoorside started out in Bethel Chapel in Tinley Garth around 1840 and in 1861 moved to a newly erected Jubilee Chapel in West End.

The foundation stone was laid on May 3rd 1861 – when most conveniently the sun came out and the rain stopped just in time for a grand parade to the new site and to see Henry J.McCulloch Esq., of York, lay the stone with a silver trowel and a mahogany mallet. Speakers included Revs. T. Newell, — Story (Independent), G. N.Hutchinson, and J.Milner; together with Messrs. W.T.Lumley, J. Smith,and J. Storr. The predicted cost was £1,000. Thomas Dearlove wrote the description.

The remaining congregation joined with the congregation at the Independent chapel in Piercy End and the building was sold. The proceeds from the sale of the Jubilee chapel were used to build the Jubilee Room extension to the current chapel which was opened on 15 June 1971.

In Keith Guyler’s photograph and on Google Street View in September 2011, the rather elegant building is shown as converted into  flats.