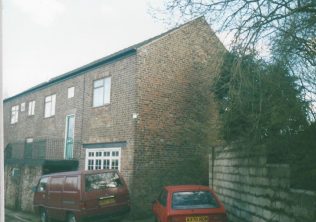 Rehoboth Primitive Methodist chapel at Langtoft was situated on Cottam Lane.  It was built in 1839 and accommodated 136 people.  On census Sunday in March 1851 it had a congregation in the evening of 92.

The chapel was used for worship until 1950.  At the time of Keith Guyler’s photograph in 2000 and on Google  Street View in in January 2009 it is a private house.    The Wesleyan Methodist chapel in Langtoft closed in 2004 when it had only 5 active members – such a contrast with an early account of a camp meeting held in the village in the early days of Primitive Methodism and described in Kendall’s history of the Primitive Methodist church p66