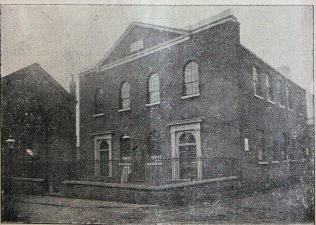 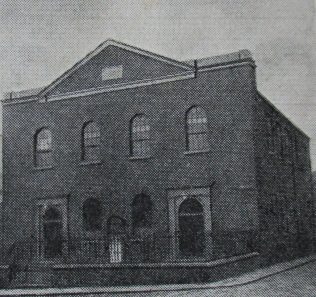 The first Quarry Hill Primitive Methodist chapel in Leeds was opened in 1822. New frontage was added in 1846 and the chapel enlarged in 1874. The laying of the foundation stone for the chapel’s expansion is recorded in the Primitive Methodist magazine by G Bagley. It occurred on 21st February 1847. Can you reconcile this date  with the 1846 enlargement date given here?

The 1851 religious census records that on Census Sunday in March, 541 people attended the evening service – and 251 came in the morning with 119 children attending morning Sunday School.

The chapel closed around 1933, immediately after Methodist Union, and has since been demolished.