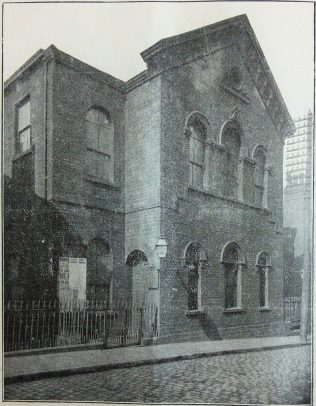 In 1878 the facade was altered to a design of Joseph Wright. The West Yorkshire Archive Service has records from the chapel which run until 1935 so the chapel served at least until Methodist Union.  It has since been demolished.

The chapel was opened in 1839 with school premised added to the rear in 1853, extended June 1865.  In 1874 a new façade was added, as illustrated, and the interior remodelled, the architect being Joseph Wright. It subsequently became a central mission; closure took place c1938.