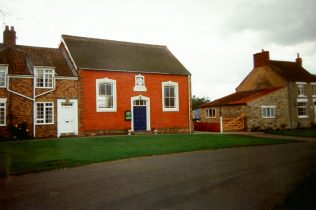 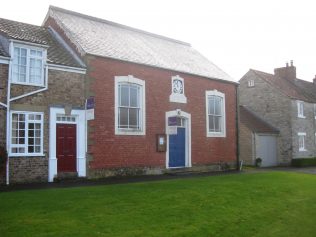 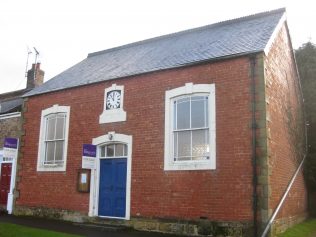 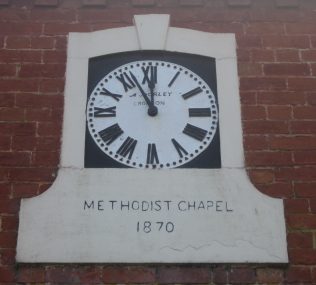 John Petty tells us that in the second decade of the nineteenth century “At Marton, the Society had prospered so largely that (Mr Clowes) found it expedient to divide it into three classes, which soon after comprised eighty members, and a new chapel was speedily built for their accommodation. In the revival at this place the late Mr. Thomas Dawson was brought to God, who afterwards became one of the most influential lay members in the Connexion, and for many years took a prominent part in its most important assemblies for business.”

On Census Sunday in March 1851 the average congregation was noted by Christopher Horner, Steward and Trustee, as 1629.  The record then includes a note saying that there were calculations trying to divide 1629 by 52.

The chapel in Keith Guyler’s picture was called Bethel and opened in 1870.  J Rumfitt describes its opening in the Primitive Methodist magazine of 1871. The builder was Mr Dobson and the chapel measured 34′(l) 24′(w) 15′(h).  The opening service was conducted by Rev R Fenwick.

It was in use at the time of his photograph in 1992 and on Google Street View in 2011 appears to still be used.

Richard and Elaine Pearce visited Marton Chapel in November 2017 to take the photographs.  They found that it had recently closed and a local estate agent’s board was erected. It was for sale at offers in excess of £40,000.

John Petty 1860 The History of the Primitive Methodist Connexion from its origin,  p85