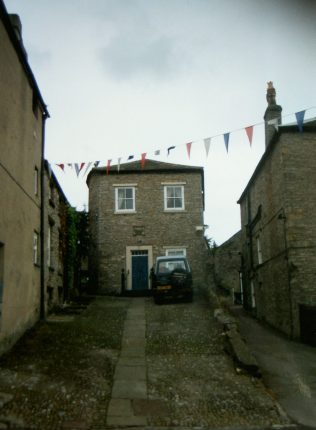 You can read about the early days of evangelism in the Middleham station in chapter 6 of The Earnest Preacher – a biography of Rev Joseph Spoor (1813-1869) by Rev E Hall.  Difficulties faced included “that the mountains over which he had to climb were very high,-that the roads were rough and very difficult, and the journeys long, some of them being ten, twenty, and even thirty miles per day; and that in the vast field of labour our houses and friends were few and far between.”  However, despite this, “Off he went, up hill and down dale, thundering out the threatenings of God against uncleanness, and, at the same time, calling men to the Lamb of God, that their sins might be taken away. His voice was so clear and strong, that it sounded far and wide when engaged in the open air, as he commonly was.“

There is an account by J North of the opening of Middleham Primitive Methodist chapel in the Primitive Methodist magazine. Opening services were held on March 27th and 28th 1836when the preachers were Bros Clough, Dawson and J North. The chapel was built together with a preacher’s house and garden despite initial opposition.