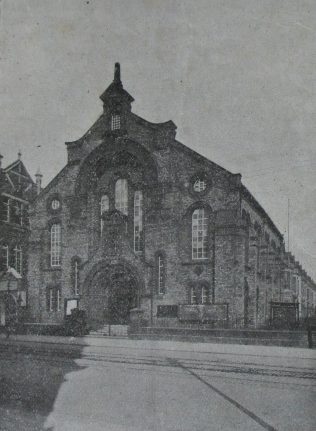 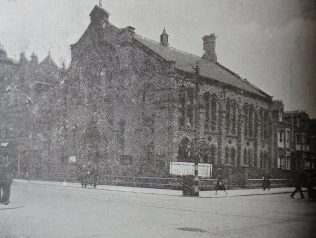 The top of the chapel facade was originally much more decorative, as appears in the photograph.  It had to be substantially rebuilt in the 1980s, probably due to traffic damage.

It is Middlesborough’s only surviving Victorian non-conformist chapel and still active in 2016 as Linthorpe Road Methodist church.  The church website sets out an account of its history.

Geoff Dickinson has provided a link to The Hidden Teesside website which shows recent pictures of chapel. Follow this link to view the page.