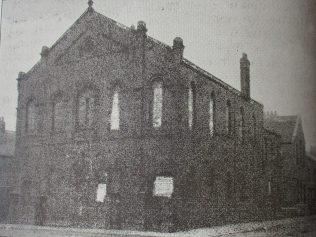 Middlesbrough South Bank Primitive Methodist chapel in Normanby Road, is a substantial brick building, erected in 1878, and capable of seating 700 persons. It’s opening is mentioned in the 1880 Primitive Methodist magazine which tells us that the plans for the new building were drawn by George Race of Westgate in Weardale.

The building is shown on Google Street View in 2012 as The Settlement – South Bank Youth and Community Centre.  However, it was also available for sale or to let.

Information about it is scarce.  What was its life like?  What has happened to it since?