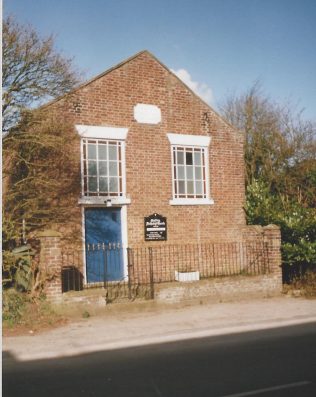 The Primitive Methodist Chapel in Hunmanby Street, Muston, was opened in 1824 as dated on the tablet on the front.

When Keith Guyler took his photograph it was still in use, but on Google Street View in 2011 it appears to be in the process of conversion to another use.