This chapel was built in 1887 and called Mount Zion. It may have replaced an earlier building. 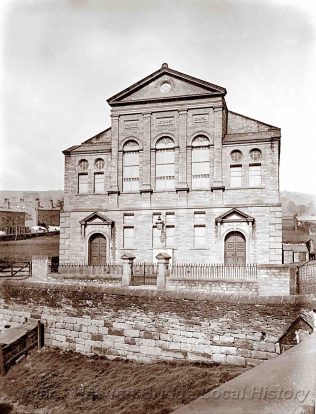 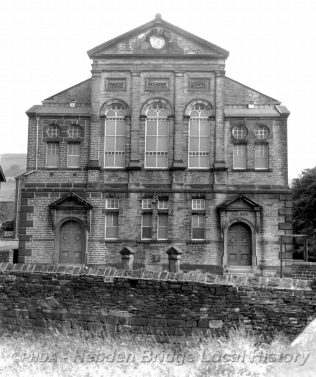 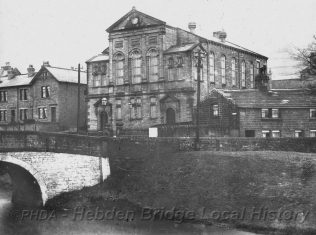 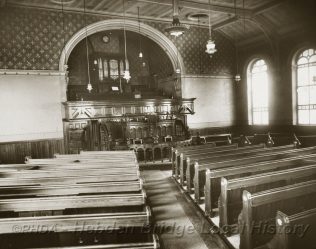 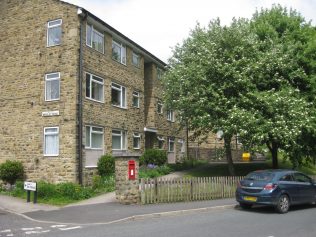 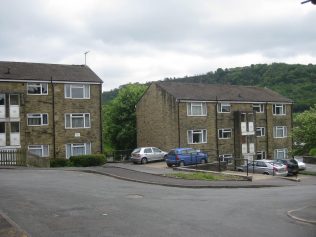 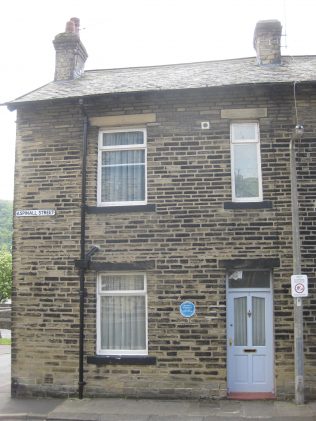 Mount Zion PM Chapel once stood on Midgley Road Mytholmroyd. It is no longer there and in its place are blocks of flats. Dry rot caused the chapel to be closed in August 1960 and it was demolished in 1970 to make way for the new buildings .After closure the society joined  with the Wesleyan chapel in Scout Road and became Mytholmroyd Methodist Church. A memorial plaque to those who died in the two Great Wars was removed from the Primitive Chapel and placed in the Scout Road chapel.

Ted Hughes, once Poet Laureate, was born in Mytholmroyd in 1930. For the first eight years of his life he lived at 1 Aspinall Street, an end of terrace property situated opposite to Mount Zion Chapel. He records that the two main features he remembers from his childhood there were the chapel and Scout Rock. Mount Zion played an important part in his early life as it was to here that the family went to worship.

The chapel was a large building which must have over-shadowed the more insignificant rows of houses nearby.  For the young Ted Hughes it made a great impact on his early life and later it featured in his poetry.

In 1979 he wrote a series of poems on Elmet (the Calder Valley as it was known  when part of the Celtic Kingdom) and together with Fay Godwin ,the photographer, they published “Remains of Elmet” a collection of poems and photographs. The following extracts are from his poem “Mount Zion”.

Above the kitchen window, that uplifted mass
Was a deadfall –
Darkening the sun of every day
Right to the eleventh hour.

Alarm shouts at dusk!
A cricket had rigged up its music
In a crack in Mount Zion’s wall.