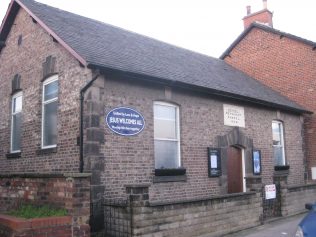 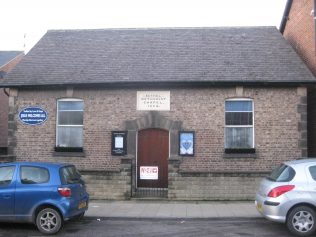 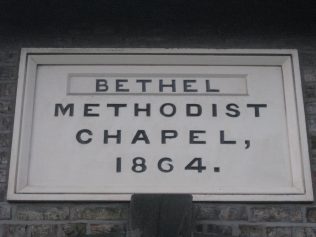 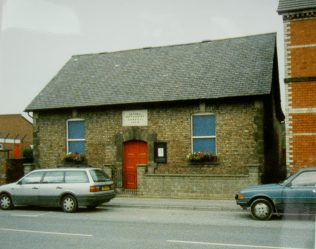 This building is in Commercial Street. It is plain and substantial and cost £400 to build. It seated 200. In 1884 a schoolroom was built at the rear.

In 2014 it is still open for worship. On the notice board outside it advertised 3 Sunday gatherings – Morning Praise – Explorers – Evening Worship. We mention this because Trinity Methodist Church is only a stone’s throw lower down the street and that too is open.  Are these 2 places of worship working close together?

There’s an account in the Primitive Methodist magazine of the laying of the foundation stone for this chapel in 1863:

“Foundation laying in Malton Circuit.— On the 31st of March, the foundation stone of a new chapel was laid by Mr. W. Mitton, at Norton. The day was favourable, and the service very interesting. The Rev. T. Newell, of York, delivered an appropriate address, and the Revds. T. Whitehead, T. Smith, and the circuit ministers, took part in the service. The friends then adjourned to Malton chapel, where a rich repast was prepared ; about 140 took tea, which was supplied gratuitously by Mesdames Metcalf, Walters, Thornham, Cundall, and Stainton. In the evening a public meeting was held.

The chapel site is freehold and the situation very good, the building is to be 33 feet 6 inches in length, and 27 feet 6 inches in width within, to be covered with blue slate and ceiled to the under side of the rafters, and the pews and principal beams, &c, are to be stained and varnished. The drawings and specifications are a present by Mr. J. Gibson, architect. The cost will be about £360 including the site, towards which we have promised or in hand about £126. Our female friends are collecting materials for a bazaar, which we hope will help our funds considerably. W. Bennett.”