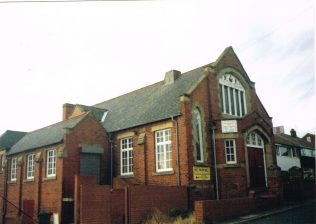 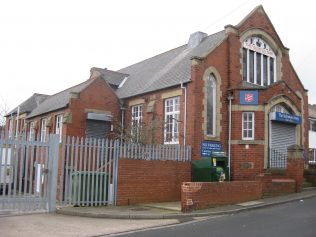 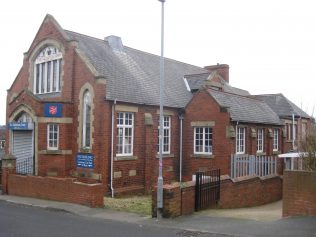 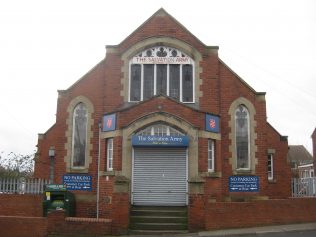 Bourne Primitive Methodist chapel at Outwoods, a northern suburb of Wakefield, was opened in 1838. It was replaced by a later chapel in the Twentieth century, shown in the pictures here.

Bourne was sold to the Salvation Army for £2,432.70p and for them became a shop.

The Primitive Methodist Leader in 1923 contains an account of Jubilee services at Outwood.

July 14th and 15th were great days at Outwood, Wakefield First Circuit. Much of the enthusiasm was due to the fact that the first steps had been taken towards the erection of new premises. On Saturday old scholars and members thronged the old building for a great tea-meeting. In the evening Mr. J. Bennett presided. Mr. and Mrs. B. Caines acted as hoot and hostess, su:pported by Revs. W. Roberts (of London) and J. W. Cotton. The solos of Miss Wilkinson and the recitations of Miss Doris Broadhead and Miss Chambers were most effective. The speakers gave delightful reminiscence., and when Rev. W. Roberts related that when he was a youth and his life was despaired of the prayer of the chairman (Mr. J. Bennett) led to his conversion, the audience was deeply moved. Hilda Matthews, the youngest scholar, on behalf of the Sunday-school, handed the Chairman the promise of £150 towards the new Building Fund.

On Sunday large congregations gathered to hear the helpful messages of Rev. W. Roberts. The choir, in the hands of Mr. E. Hinchliffe, rendered excellent service and gave a really fine musical hour on the Sunday afternoon, with Mr. J. Chambers as chairman. The week-end was notable for the revival of old ‘friendships. A man who had been organ-blower as a boy came and took up his old position. The effort had been organised by Mr. H. Holliday and a large band of young people. Mr. W. Saxton returned thanks to all helpers.