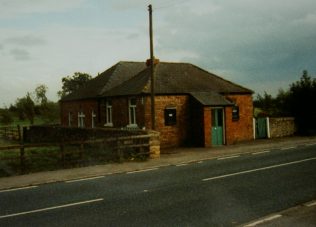 Pickering Carr Primitive Methodist chapel was opened in 1859 and extended in 1911.  It was small, accommodating 45 people.  It closed in 2011 – although the article published in the local paper at the time refers to the Methodist New Connexion.

The building of the chapel and its furnishings cost just £70 in 1859 and the bricks were made by Thomas Lumley, a brick-maker, at the nearby Black Bull.  In 1949 a Sunday School extension costing just over £1,000 was added.

It was for sale in 2013 and application has been made for conversion into a dwelling.