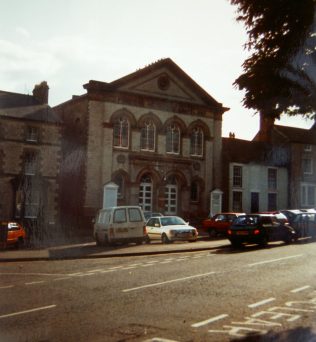 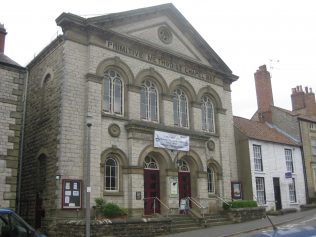 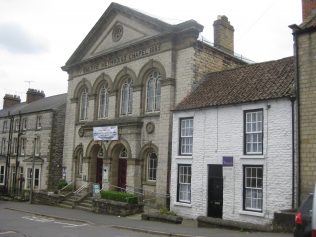 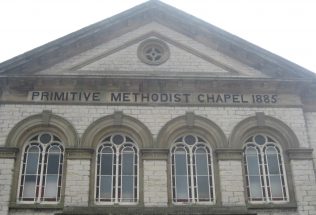 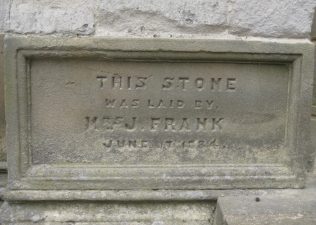 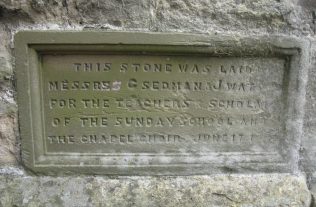 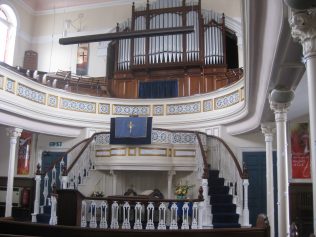 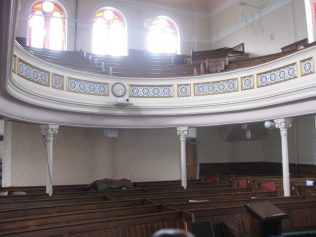 The chapel built by the Primitive Methodists on Potter Hill in Pickering is still in operation in April 2015. Carving on the front proclaims it was opened in 1885.  It was large, accommodating a congregation of 550, with room for 400 in the Sunday school.

Designed by Thomas Howdill, it is relatively ornate in the Italian style, with a gallery that runs round the four sides.  The overall cost was £3,500, including the site and caretaker’s house.

The previous chapel in Bridge Street was sold to the Railway Company, for £1,700.

There are two accounts in the Primitive Methodist magazine, one for 1821 and one for 1822, of the opening of what is probably the first Primitive Methodist chapel in Pickering which opened on Sunday 22nd April 1821. Preachers at the opening were, in the afternoon outdoors Brothers Evans, Essey & Longfield and inside Sister Ansdale whilst in the evening inside it was Sister Ansdale and Brother Lazenby and outside Brother Spavin & Nathaniel West, who wrote both pieces.

It was thought 5000 attended the opening. The chapel was proud to accommodation for high and low, rich and poor.

Neither account gives any detail of where the chapel was.

A further account by Charles Smith describes the enlargement of the chapel in 1859-1860 when a wall behind the pulpit was taken down and a further gallery added to seat an additional 60 people. It was re-opened on Sunday, February 5th 1860, when the Rev. W. Garner of Driffield was the preacher.