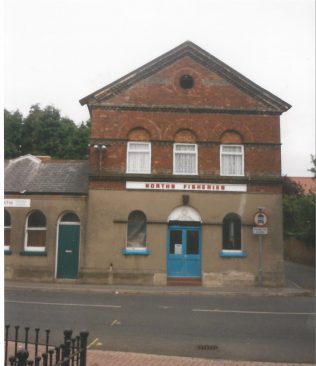 Preston Primitive Methodists arranged a Camp Meeting on Maudlin Sunday 1820 in order to undermine the rowdy annual football match between Preston and the neighbouring settlement of Hedon.  The chapel was opened n 1822, enlarged in 1858 and rebuilt in 1867.  It was closed around 1955.

Keith Guyler’s photograph in 1999 shows a fish shop and on Google Street View in August 2010 it is a Chinese food takeaway.  He also adds a note that says that the hall became a workshop in 1980.  Is the building shown the hall rather than the chapel?  Was the chapel on the left, which has now been demolished and built on?