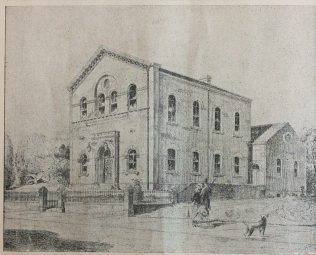 It no longer exists and on its site in Marsh Street is the Joseph Priestley College. The manse for the chapel survives and is converted for use as a surgery at 4 Marsh Street.