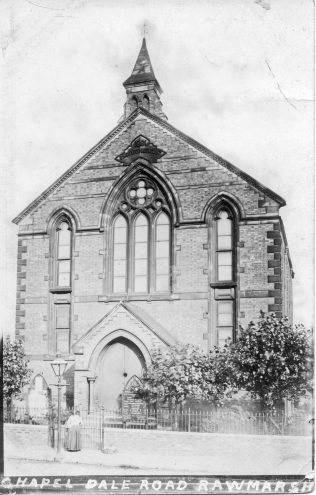 The society in Rawmarsh dates from 1840, meeting in Mr Holloway’s house until 1847 when a new chapel holding 160 was built. {This was reported with some detail in the January 1848 Primitive Magazine by Thomas Morgan. The ceremonies took place from November 3rd 1847} By the late 1850s this was too small so they planned a new one seating 400 with a S school for 200.

John Haigh writes: “A bottle was placed in a cavity of the stone, in which was put documents and papers respecting the circuit, the rise and progress of the Connexion, with a copy of the Minutes of the last Conference.”