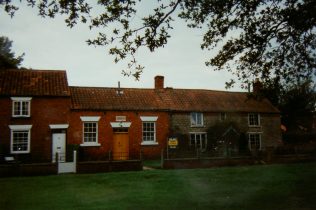 The Primitive Methodist chapel was opened in 1858. It was a deed-of-gift by the late Mr. W. Brand, of Manor House, in 1867, who also gave land for any future enlargement. In the 1890s the congregation numbered about 30.

Keith Guyler did not note a closing date, but North Yorkshire Council have records from the chapel from 1918 to 1963. It was offered for sale in 1982.