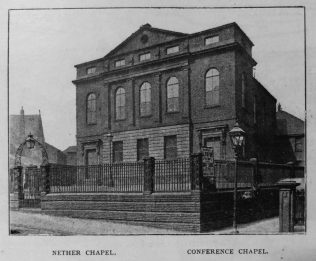 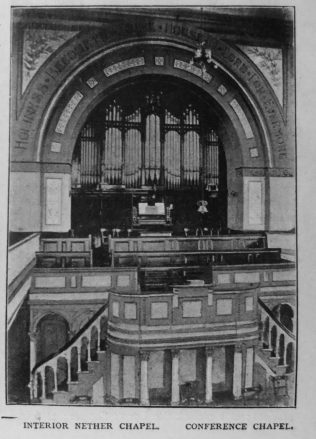 When the Primitive Methodist Conference came to Sheffield in 1901, one of the venues used was Nether chapel in Norfolk Street.  Norfolk Street is right in the centre of Sheffield, running from the Town Hall down to Arundel Gate.

However, in Sheffield archives Nether Chapel is noted as Baptist, with records dating between 1748 and 1971.  Does this mean that the Prims borrowed the chapel just for the occasion?

Norfolk Street does have an impressive collection of churches and chapels, of various denominations.  They include the ex-Wesleyan Victoria Hall.  There is also a Unitarian building Upper Chapel which would seem to complement the Nether (= Lower) chapel. However, is no evidence I can find on Ordnance Survey maps of a chapel labelled Primitive Methodist, or identified as Nether chapel.