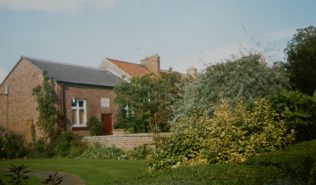 Thornton le Moor Primitive Methodist chapel was opened in 1836.  It accommodated 40 people, but is now closed.  It has been converted into a house.

W Dent tells us about the chapel opening on Friday and Sunday September 30th and October 2nd 1836 when the speakers included Bro W Lister Mr T Dawson  and W Dent himself. It was the only chapel in village and had a rising gallery at the front of pulpit to seat 48 persons.  It measured 22’6″ (w) x 24′(l) x 12′(h)