This chapel was built and opened in 1887. 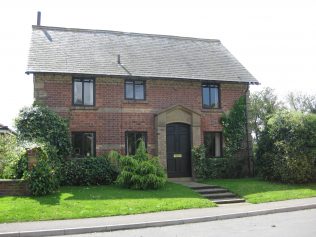 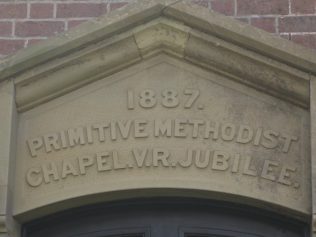 Watton Primitive Methodist V.R. Jubilee Chapel was built and open in the fiftieth year of Queen Victoria’s ascension to the throne. 1824 saw the first services of the Primitive Methodist Society in Watton. For many years the services were held in the kitchens of the Society’s members. When the preachers took their stand behind the kitchen table they would have seen hanging over their heads sides of bacon, hams and other delicacies enjoyed by the local people. In 1887 the local land lord of Watton, Mr T. Bethell, granted a site to build a chapel. On the 7th October the foundation stone was laid by Mrs Luke White of Driffield. Tea was provided for 250 guests. The chapel cost £150 to build and opened debt free. Chapel music was provided by a fine American organ.

In 2009 the chapel had been very tastefully converted into a dwelling.

The 1887 Primitive Methodist magazine (December page 760) contains an account of the laying of the memorial stones for a chapel in Watton in the Malton circuit.  It had taken them 63 years to get o site for a chapel. They had raised half the cost by the stone laying and hoped that by the time the chapel opened they would have raised all of it.

The 1888 magazine (May page 315) contains confirmation of the opening..  The building is described as “neat, symmetrical and substantial”.. T Nicholson Esq. of Watton Grange “obtained most of the money and led all the materials to the chapel free of charge”.