You are here: HomenextChapelsnextYorkshirenextU - WnextWelton Primitive Methodist Chapel, near Hull 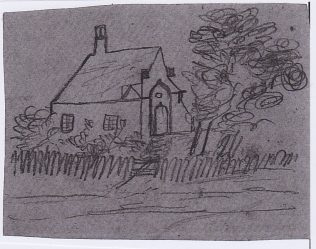 zoom
Drawing by Eliza Heesom of the chapel she attended as a child. Is this Welton Chapel?
Nicky Heesom 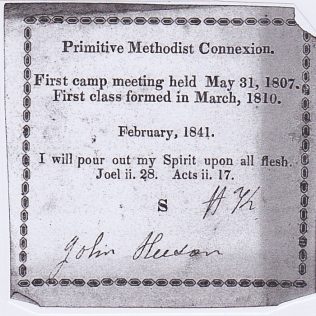 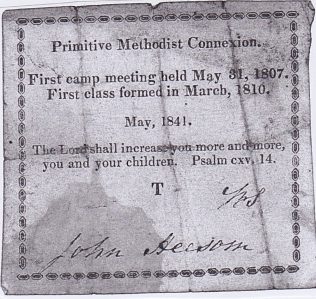 In 1851 there were 682 people living in the township of Welton, and according to the Census of Religious Worship, there was a Primitive Methodist Society meeting in the ‘Forester’s Lodge’, which was erected in 1840. This was one room, capable of seating 70 people. It had 30 free sittings and 40 other (presumably pew rents were charged). Only one service was held on a Sunday, in the evening, which on 30 March 1851 was attended by 19 people. This was lower than usual, as the average for the year was 28. The information was given by John Rudd, Class Leader, Welton.

One of the earliest Primitive Methodists in Welton was John Heesom, a Local Preacher, and a gatekeeper on the railway. He was killed in a railway accident on 6 Oct 1841, aged 33.

John’s wife Maria, and his mother-in-law, Mary Beecroft (the wife of James Beecroft) were both devout Primitive Methodists. According to a family memoir, Mary Beecroft, was one of the earliest converts in Hull.  She was inspired to join in 1819, after listening to a sermon by a Mr Verity. Mary died of cholera in September 1834.

After John Heesom’s death, Maria remarried, and became Mrs Kennington. She attended the Jarratt Street Chapel in Hull, for many years. She died April 1897.

John’s daughter Eliza drew a picture of the Chapel she attended as a child, and her descendants think it is very likely that this is the Chapel at Welton.  It would be wonderful if someone is able to confirm this.