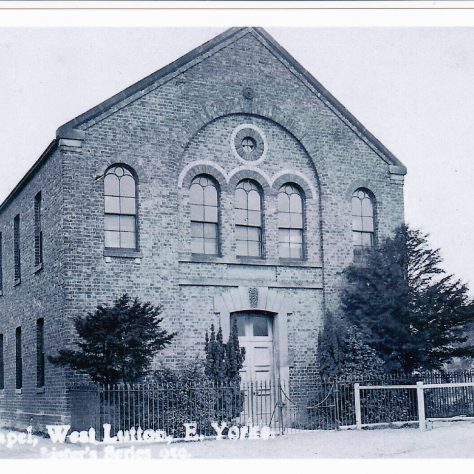 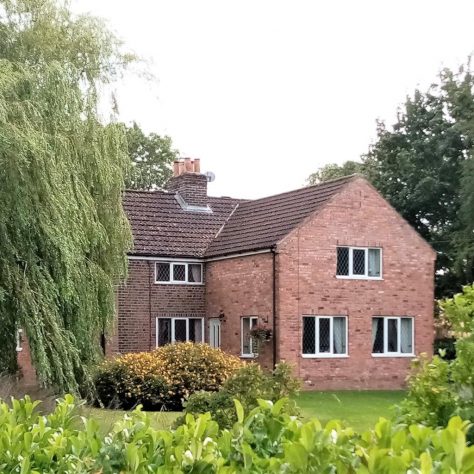 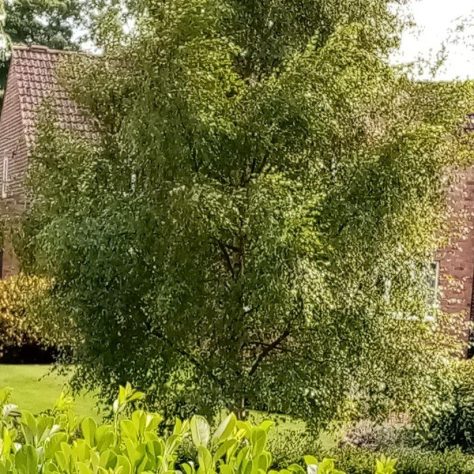 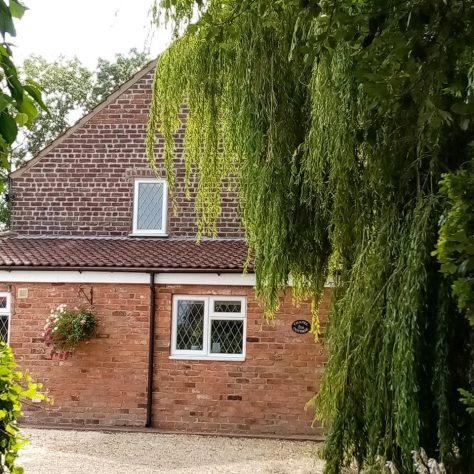 [For some reason we originally had two pages for West Lutton Primitive Methodist chapel in Ryedale. They have been combined on this page.]

The Yorkshire returns to the 1851 census of Places of Public Religious Worship tells us that West Lutton Primitive Methodist chapel was opened in 1848 and that on Census Sunday 60 people attended both the afternoon and evening services. Robert Bett(?) the steward completed the return.

The 1848 chapel was replaced in August 1863.  In the 1864 Primitive Methodist magazine there’s an account of the opening of a new chapel.  The old chapel became a day school (“for which a competent master has been obtained”) and a Sunday school.

“West Lutton, in the Driffield Circuit.—A new Primitive Methodist Chapel has recently been opened for Divine worship in this village, which is situate in the Dale Towns, ten miles from Driffield. The building is 39 feet in length, by 35 in width, and 24 feet high from the floor to the ceiling. It is surrounded by a handsome gallery, and a semi-circular orchestra.

The chapel which is a very substantial structure, affording accommodation for three hundred persons, was opened on Friday, August the 14th, when two excellent and powerful sermons were preached by the Rev. W. Jackson of Thirsk. In the interval of worship a tea was provided in the old chapel, which was numerously attended by friends from various parts of the circuit.

On the following Sabbath, the opening services were continued, when two impressive sermons were preached to large congregations by the Rev. J. T. Shepherd, of Winterton.

The old chapel is now occupied as a day school, for which a competent master has been obtained, and also for a Sunday school-room, and thus the wants of the children who are the hope of the Church, are being mentally and spiritually provided for. The new chapel with its capacious day and Sunday school-room by its side now forms one of the most conspicuous ornaments of the Dale Towns. J. R. Parkinson.”

Thanks to Pay Donnor for the pictures of Chapel Cottage, on the site of the former chapel.  Pat suspected that it contained elements of the former chapel with the old brickwork of the original Prim Chapel seen behind the modern one storey extension at the front of the house.

However, Ian Dodgson added a comment in April 2021 to tell us that:

“(Chapel Cottage) is not the old Primitive Chapel. The building is Chapel Row which was originally a row of three cottages which were situated behind the old chapel building. They were converted into one dwelling in the 1970’s when my in-laws lived there, with the extensions added later by the current occupiers. There is nothing remaining of the old chapel which was situated roughly where the large Willow tree is in the photos, and had been completely demolished long before.”

The Ordnance Survey map surveyed in 1888 and published in 1890 confirms that the Primitive Methodist chapel, whilst on the same site, was closer to and directly facing the road.