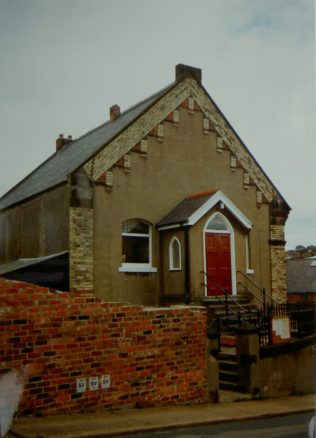 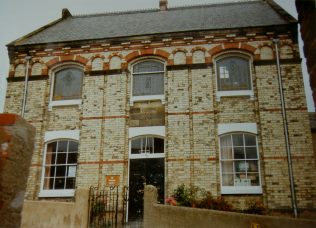 Fishburn Park Primitive Methodist chapel in Whitby dates from 1818.  It was substantially rebuilt in 1867 to accommodate 330 people.

At the time of Keith Guyler’s photograph in 1992 the chapel was still in use, but on Google Street View in October 2009 it is shown as in residential use and available to let.  Although at one time there were five active Methodist chapels in Whitby, the local society now meets at The Anglican Mission to Deep Sea Fishermen.