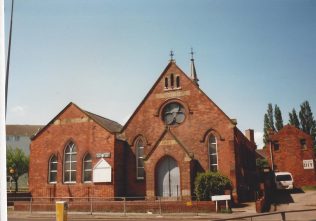 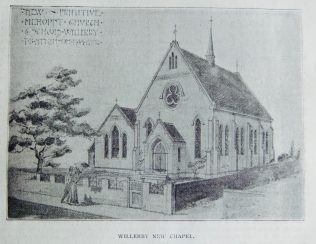 The first Willerby Primitive Methodist chapel was opened in 1850 and its activity can be seen in the census return for the following year. In 1964 it was used as a workshop.

The chapel was replaced  in 1897 with a school hall added in 1900.  The success of paying off the debt of the school is noted in the 1898 Primitive Methodist magazine

At the time of Keith Guyler’s photograph in 1996 the 1900 hall was used for Youth work. On Google Street View in September 2012 both chapel and hall were occupied by a lettings agent.

The current Methodist church is across the road in Carr Lane.