This chapel was opened on November 13th 1851 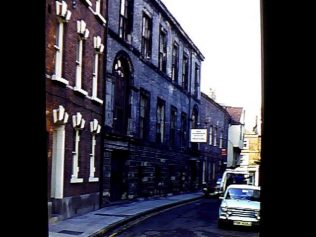 zoom
This photograph was taken in 1988 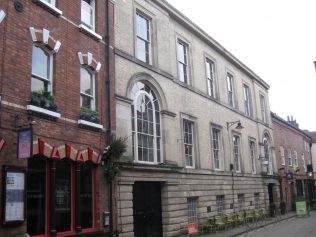 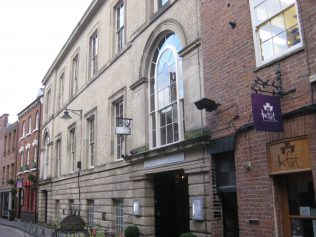 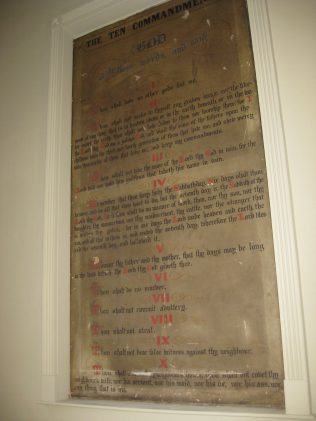 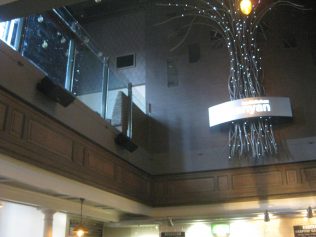 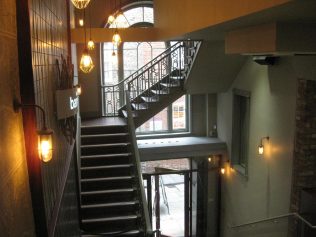 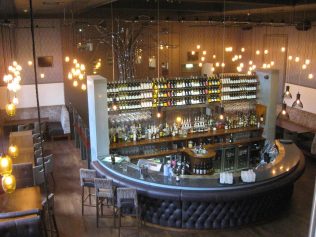 zoom
Interior view of the well of the old chapel building

Before this chapel was built the Primitive Methodists had worshipped in Grape Lane in a chapel previously used by other denominations. By 1851 it was not easy to maintain and so it was decided to build a new chapel close by in Little Stonegate. The Ebenezer Chapel was designed by J.B.Pritchett a York architect and it sat on the site once occupied by George Hicks Seymour’s house. It could seat around 700 people.  ‘The façade was of white brick with two main entrances on either side. Two large round headed windows brought light to the staircase behind it. Rectangular windows on the main floor as well as the gallery lit the interior of the chapel. The façade also contained the words ‘Ebenezer Primitive Methodist Chapel 1851′ in iron letters.’ (Maria Staal – From Dissenters to Fire Engines 2008)

The chapel remained open for fifty years .It closed in 1901 when folk started to move out of the centre of York to the suburbs, and the congregation decreased in numbers. A printer Messrs. Coultas and Volans bought the property and in 1946 they sold it to another printer Noel Richardson. He used it until 1998 brfore selling it to Borders’ Bookshop. In February 2014 the premises are being used by Banyans Restaurant and Wine Bar. The building is listed.