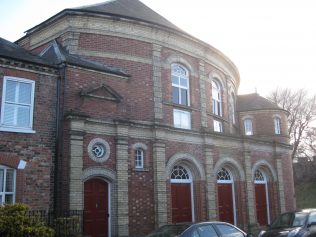 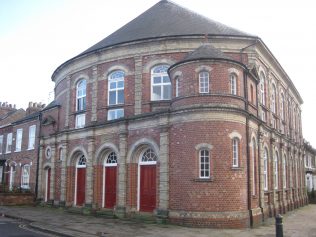 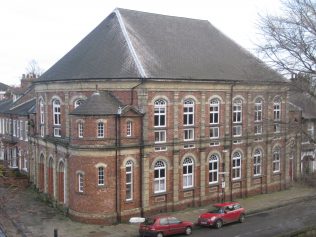 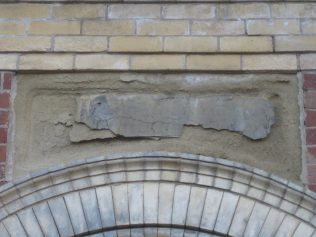 zoom
Is this the date plaque for Victoria Bar PM Chapel?

In 1836 an opening was made in the York City wall to make an easier way out for the residents of Victoria Bar.

By the 1860s the Primitive Methodists were increasing in numbers and were worshipping in a rented room in Nunnery Lane. Eventually the York Circuit decided that they wanted to build a chapel  and so in 1879 they purchased land inside Victoria Bar and building commenced. William Peachey of Darlington was the architect. The chapel seated 900 !

‘The chapel was built on the corner of Victor Street and Newton Terrace in a Neo-Renaissance style with red and white brick. One end of the building was curved accommodating a curved gallery. The right-hand staircase on to the gallery was built into a tower. This makes the chapel a striking feature to look at for everyone coming through Victoria Bar’. (Maria Staal -‘From Dissenters to Fire Engines’ 2008)

The chapel continued to be used for worship until 1939 when the congregation joined with the Wesleyans. The building was sold in 1940. After that it was used as a furniture store, a soft toy factory and again, for 3 years, for worship in 1992. In 1995 it was converted into 14 one bedroomed flats and 3 two bedroomed flats. This is its state in 2014.