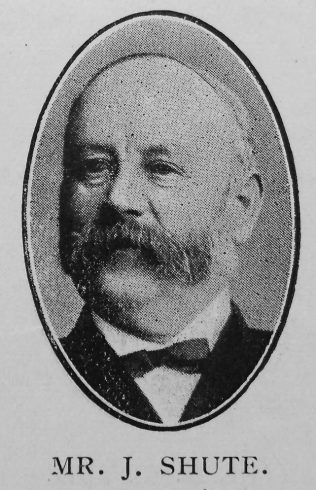 On Thursday, August 31st, at his residence, Lodden Bridge Farm, Gillingham, Dorset, Mr. Joseph Shute peacefully passed away. He was brought to the Lord at Buckhorn Weston when seventeen years of age, and remained a consistent and honourable member of the Motcombe Circuit for fifty-six years. During the last twenty-four years he resided in Gillingham, regularly attending the services, and supporting the cause, as well as assisting all the places on the Circuit.

During his eight weeks’ illness he was sustained and comforted by the Word and Spirit of the Lord until he fell asleep in Jesus. A widow, four sons and five daughters mourn the loss they have sustained, together with the whole of the Circuit. A very large number of friends attended the funeral, which took place on Monday, September 4th, in the Gillingham Cemetery, the services being conducted by the Revs. J. Turley and G. Stanyer. The memorial service which was held the following Sunday evening was numerously attended, being conducted by the minister Rev. J. Turley.