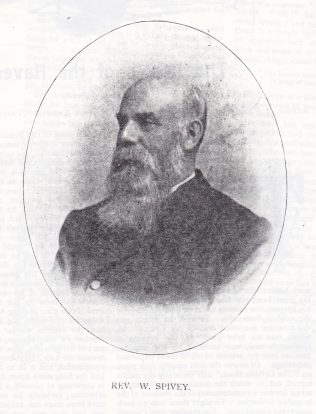 My family has been strongly attached to the Methodist Church for well over 150 years. My father, grandfather and great grand father were all Methodist ministers. My mother was a Methodist minister’s daughter, and her sister, married one as well. I am not! But I did marry the daughter of a Methodist local preacher!

The document below is a chapter from my family history, “The Spivey Sisters”, which relates the story of Jacob Spivey and his sons, William and Charles, who became Primitive Methodist Ministers in the 1860’s.