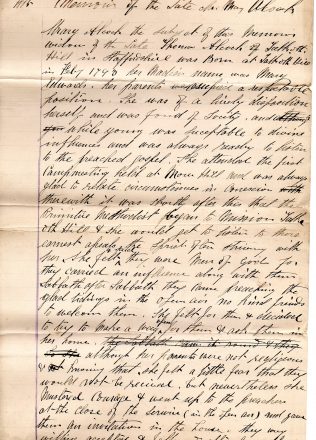 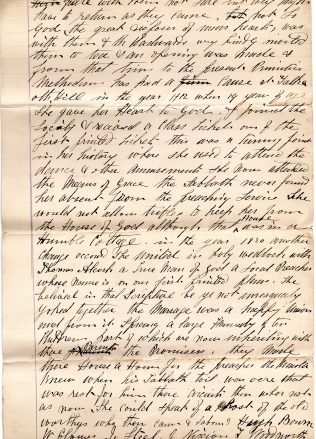 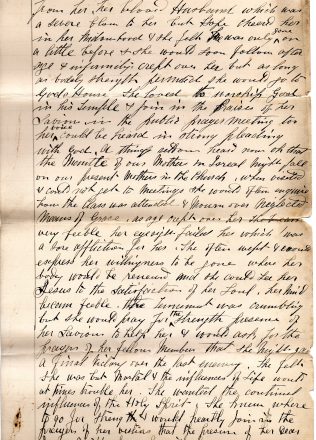 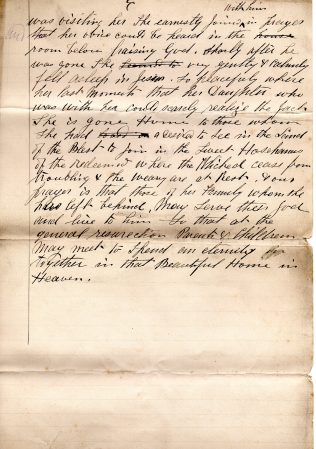 Memoirs of Mary Alcock the wife of Thomas Alcock whose name appears on the first P.M. Plan as local preacher. Her maiden name was Mary Edwards and she was born in Talk O’ Th’ Hill, Staffordshire in 1793. She lived in the village up to the age of 73.