You are here: HomenextPeoplenextFamily HistorynextMr. and Mrs. John Brunskill of Tebay 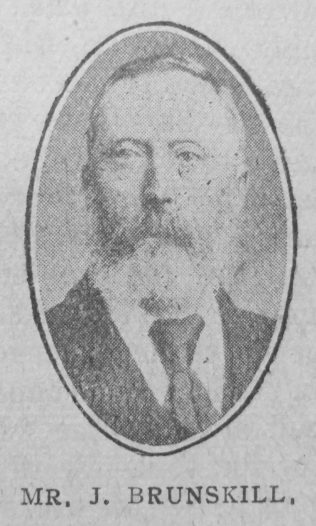 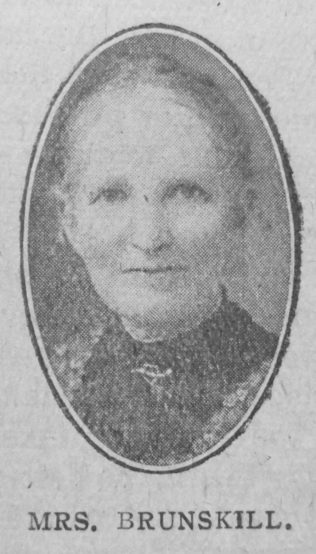 Transcription of ‘Sketch’ In the Christian Messenger by Rev. F.A. Young

THE sanctuary and the homestead, the altar and the hearth, are closely akin. Nowhere is the refining, transfiguring power of religion more evident than in the family circle. One of the delights of many a travelling preacher, especially in our dale or fell-country circuits, is the discovery anon of some wayside cot within which live folk whose manners are unstudied, whose speech is unpolished; but where native grace and gentleness declare them as of God’s aristocracy, and whose etiquettes, unconsciously but unerringly observed, are those of Heaven itself. On the list of such homes we may place that of our friends. Mr. and Mrs. John Brunskill spent their earlier years on the Dent Circuit (Yorkshire) but for a good while now they have resided on the Brough Circuit at Tebay, Westmorland. Mr. Brunskill, now aged seventy-four, had few advantages in boyhood, his formal education consisting of a course of only seven weeks and three days; but he was converted at the age of eleven, and his schooling – in the things of the soul, anyhow – has been going on ever since. For many years he has served diligently and faithfully as a local preacher, and still delights to do so, so far as physical strength allows. Converted at seven years of age, and now sixty-six, Mrs. Brunskill is approaching her diamond jubilee of Christian discipleship and service. In courtship days both worked in the Sabbath-school, and after marriage both continued in unabated devotion to this ministry.

The house of our friends has been as the house, of Obededom. The Ark has been there, and life has been beautiful and blessed. Into the cup of this family communion the benedictions of grace have distilled their essences richly. During the last two years, indeed, the cup has had its bitterness; shadows have fallen on brightest hours. Six children there are, or rather were; four daughters and two sons, all members of our church, a loving, loyal companionship bound to one another in ties of affection and religion almost, it may be said reverently, as
The whole round earth is every way
Bound by gold chains about the feet of God.

But one son, Wilfred, heard the call of patriotism, joined the London Civil Service Rifles, was reported missing in September, 1916, and a year later was officially declared as among the fallen. However, Wilfred is not lost. An accomplished, high-souled, young fellow, a loyal son, and an affectionate brother, he is still of the family fellowship. His brother, John William, is with the forces in France. Maybe the life of this radiant home-circle will be deepened and enriched, as has been the case in so many other homes, by the shadow and sorrow of these days.

Under this hospitable roof in former years were entertained many of our ministers, not a few whom, with at host of other friends, will, as of they read these lines, join in prayer that our brother and sister may have a protracted eventide of light, and that their God may be their children’s God through all the years.

John married Alice Askew (1852-1941) in the spring of 1878 in the Sedbergh Registration District, Yorkshire. Alice was born at Dent, Yorkshire, to parents Anthony, a farmer, and Isabella. Census returns identify six children.