You are here: HomenextPeoplenextFamily HistorynextMy grandfather was a Primitive Methodist

My grandfather was a Primitive Methodist 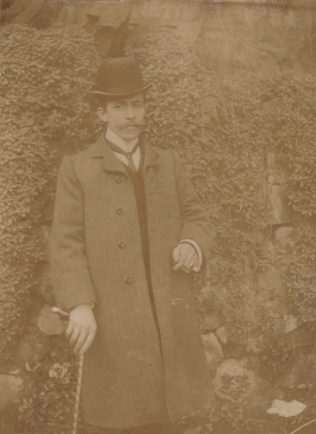 My grandfather was a Primitive Methodist 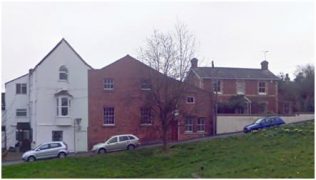 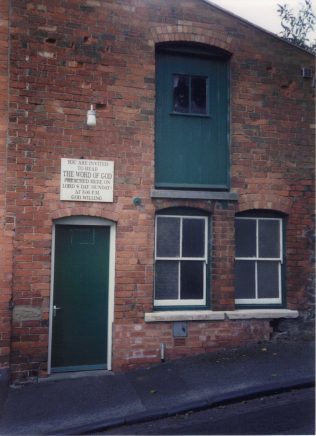 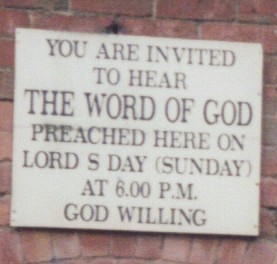 zoom
Detail of the stone inscription over the doorway
Malcolm Thatcher 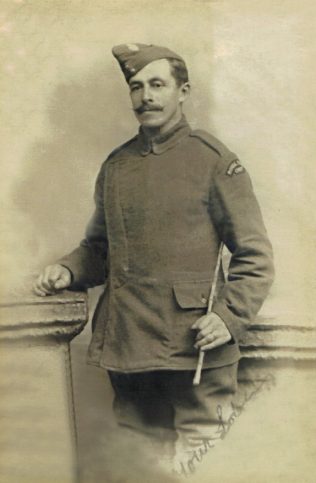 The information presented here comes from an interview that I conducted with Malcolm Thatcher in February 2012. Malcolm, who is in his mid-sixties and retired, is a grandson of a member of the Primitive Methodist church. Although the Connexion ceased to exist after 1932, it is likely that many of the distinguishing features of Primitive Methodism would have lasted for quite a period of time afterwards. The aim of the interview was to seek to discover, within the confines of a single conversation less than an hour in length, whether there was anything of a movement that ended eighty years ago that could still be remembered today.

Malcolm Thatcher has always been involved with the Methodist Church, with strong recollections of Sunday school and chapel attendance as a boy. He remembers very little of his father’s Methodist background; his father “didn’t tend to speak a lot about his past”, although Malcolm understood him to come from Wesleyan roots. It was Malcolm’s mother who provided the link to Primitive Methodism, through her father, William Harding Green.

William clearly made a deep impression on the young Malcolm. He recalls that William “was a cabinet maker and in his early years – we’re talking about around 1900 – he moved from his native Worcestershire and went up to Birmingham and further north around Stoke-on-Trent working.” This is, of course, a significant location in Primitive Methodist terms, as Tunstall is generally accepted as the birthplace of the movement. However, as Malcolm explained, when he knew William he was retired and living back at Malvern, in the family house where he was born and brought up (in Bank Street). Malcolm believed he had been born in the mid 1880s and commented that “he would have been in his sixties”; Malcolm also thought that “he lived to be about 86, 87”. [ However, it was noted (from http://www.freebmd.org.uk/ and http://ancestry.co.uk/ ) after the interview had been concluded that William had actually been born in 1876 and that he had died in 1960.]

Malcolm recalls that William was a man of strong opinions who could clearly talk a lot: “he would talk the leg off an iron pot”. He remembers him as “a very caring man, but everything was black or white; there was nothing in between”. His Primitive Methodist background showed in what Malcolm referred to as his suspicion of ostentation, particularly as regards ‘adornment’ in buildings, and his faith in personal salvation and public testimony. His caring nature was demonstrated, as Malcolm recalls, by the fact that chapels in the area benefited from his skills both as a cabinet maker and as a gardener (especially at harvest time).

A particularly distinguishing feature of Primitive Methodism was the open air meeting (which is how the movement began at Mow Cop in 1807) and Malcolm recalled much talk about such meetings at which William spoke. He also remembers that “as a boy we often went to Mow Cop” and he linked this in his mind with similar big Whitsuntide open air meetings that the family, including his grandfather, attended at Cliff College. These meetings clearly made a distinct impression on Malcolm as he recalls that “the emotion of it all was quite tangible”.

Malcolm has particular recollections of a small preaching house in Lygon Bank, Malvern, at the back of his grandfather’s home, probably because he visited the location in 2011. Speaking from a 21st century perspective, Malcolm describes it as being most unusual because it had the appearance of an agricultural building even though there was no farm anywhere near it.

“ There’s just this little plain building, and there is a note above the door that says something to the effect that ‘The word will be preached here each Lord’s day at 6.30’. … There was just one service, and I remember going and playing a harmonium and singing these revivalist hymns. My recollection is just a group of old, very old, people – but of course I was in my early teens then.”

Malcolm repeatedly emphasised the plainness of the building, with its pitch pine pews and a table which, as far as he could remember, did not even have a cross on it. However, Malcolm’s account does in fact describe a typical Primitive Methodist preaching place very much as it would have appeared in the latter years of the nineteenth century; it also matches very well with his grandfather’s views about the ‘adornment’ of buildings.

Malcolm recalls, as a boy, playing the harmonium for services in the little preaching place and he remembers in particular Mrs Alexander’s revival hymns and others in the ‘popular idiom’, which clearly had a big influence on him. Malcolm also refers to the often fervent singing with much repetition of choruses; the latter were also a feature of his Sunday school days, many of which were based on passages of scripture and were sung from memory.

Malcolm’s recollections of his grandfather, the type of person he was, his strong views (particularly about matters pertaining to his religious faith), the importance of the open air meeting, his description of the preaching place in Malvern and the revivalist songs and choruses all clearly demonstrate that there were a number of features of Primitive Methodism which persisted long after the movement had ceased to exist and which obviously still resonate strongly with Malcolm today as he recalled the early years of his life.

This interview is one person’s testimony about their own experiences. The insight gained into those experiences is inevitably limited, not only by the time available for this particular interview, but also because o ral history such as this is a “one generation” activity. As Malcolm himself said a few days after the interview: “My parents would have had far more interesting recollections – but too late for that I fear”.