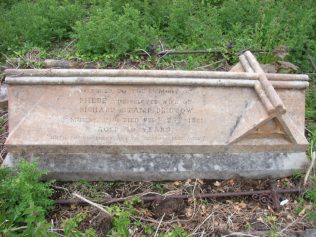 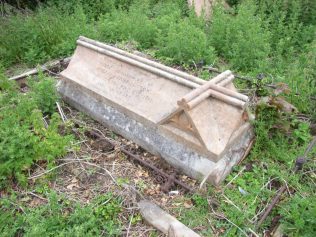 Phebe Kirk was born at Cumberworth, Lincolnshire on 16 July 1831 a daughter of Francis and Dinah Kirk. Her sisters and brothers, also born in Cumberworth, being Mehetabel  born 1830, Francis (junior) born 1833, John born 1835 and Martha born circa 1838/9. The parents had been married in Alford 29th June 1829, i.e. Francis Kirk to Dinah Lowry.

She married Richard Stemp Bristow of Mumby on 10 July 1853 at Louth. They lived there for several years before moving to Huttoft where they both in 1860 “unfurled the Primitive Methodistic Banner” in open calling. It is now known that what became a PM Chapel on Church Lane in Huttoft was built earlier than 1860 and not by the Primitive Methodists. The associated graveyard, still there, may have had burials before c.1860 and a check on the survival of headstones may imply this or not.

Richard was a Draper and Grocer, both helped the poor and sickly.

Her obituary in the Primitive Methodist Magazine, 1883, page 494, says Mrs. Phebe Bristow “was no ordinary Christian women; indeed, she was a princess amongst her sex. Her many Christian Works praise her “. She was a musician and had a gift of singing.

Phebe died on 18 March 1881 at Huttoft near Cumberworth.

Phebe’s brother Francis Kirk (junior) of Cumberworth was the proprietor of land occupying 26 acres in 1851 age 42 and his father Francis (senior), in that year aged 75, still a farmer had 30 acres. It is thought that other members of the  family were Primitive Methodists, the junior Francis being the Mr. Kirk who gave land to the Primitive Methodist Connection to build what is now our linked lounge to our cottage, indeed the PM Chapel built in 1859. The Indenture for the building of it mentioning the donator of land was Francis Kirk. He and his wife Ann had at least two children, Joseph born c.1851/2 and Benjamin born c.1854/5.

Note: members of the Kirk Family had baptisms in Cumberworth Parish Church, “before the calling of the Primitive Methodistic Banner”.

Note: Some records give Richard Stemp’s middle name as Stamp