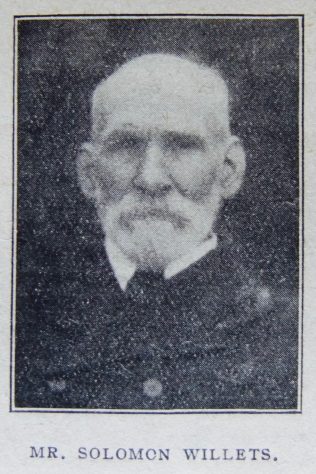 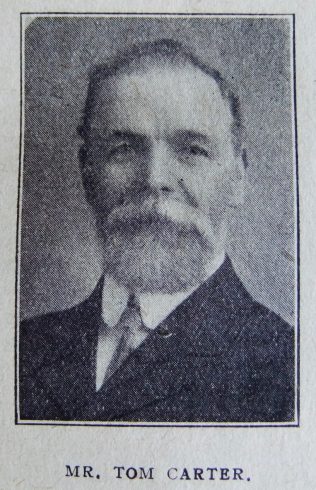 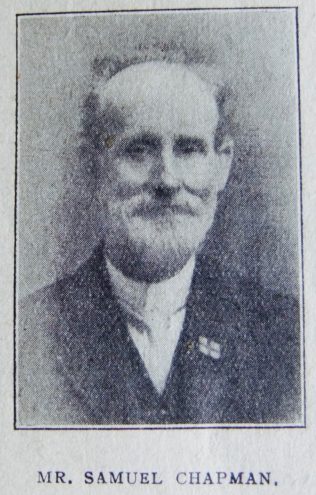 Transcription of Sketch In the Christian Messenger by Rev. David M. Bowman

Diminutives in names are usually regarded as a sign of affection. Judged by this standard the Tabernacle Church and Sunday-school at Old Hill must have a large place in the hearts of many who live in the surrounding area. For, repeated experiment has shown that reference to “The Tab.” seldom, if ever, leaves the company in doubt as to what is intended; and usually elicits expression of loving remembrance and gratitude on the part of some present. This is not to be wondered at perhaps, when we remember the long history of the school, the enormous numbers that have attended, and the fact that to-day no less than six-hundred names are to be found on the roll-books. But more important than the size, is the spirit that has characterised the school; here, we believe, is to be found the explanation of the loving regard to which we have alluded; and it is a most remarkable fact that the school is happily in the enjoyment now of the services of three men who, for over fifty years have unstintedly given themselves to the welfare of the school and scholars. One wonders whether this does not constitute a record? In making comparisons we have to remember that though age has necessarily brought some limitation to the extent of their labours, not one of the three heroes of whom we write is “lagging superfluous on the stage”; but usually takes an active part in one school session each Sunday, and most significant of all, it is the “morning school” – a heartbreaking problem in so many places – that most frequently has the benefit of their assistance.

The senior of the three whose example we would extol, Mr. Solomon Willets, is eighty years of age and has been connected with “The Tab.” exactly that length of time. He was not born in it, but his mother, whose memory is commemorated by a tablet affixed to the wall of the church, was a woman of character, devotion and influence. In youth, at her request, Mr. Willets began to teach and his association with the school has continued till to-day, except for a brief period in early manhood when business requirements compelled him to reside in London. Quiet, modest, methodical and eminently “a reliable man,” he might have filled many offices in the church with great profit, but he has preferred to confine his services to the one sphere. Once was the time when friends urged him to prepare for the pulpit; his love of reading and other gifts and graces justifying the belief that he was “called.” but he, as the one most concerned, thought otherwise. However, the school has benefited by his great mental enrichment. Growing deafness has for years made it impossible for him to enjoy the services of the sanctuary, but this disability has never been allowed to interfere with his attendances at school. Apart from the good work there that he has in common with others, he has a ministry that is distinctly personal, which must be noted. Mr. Willets is a great lover of flowers, and grows very many in his large garden, and every Sunday morning he carries to school a large basket of beauty and fragrance. Teachers and scholars from time to time are privileged in sharing the contents, and any sick in connection with school or church are ever remembered. A little thing? Yes; perhaps so, but kindness binds heart to heart better than chains of iron. In keeping with all this is Brother Willets‘ unfailing generosity to every department of the church’s work and to all good causes.

Mr. Tom Carter, the second in seniority, is seventy-four years young. Of amazing physical energy, he is able to walk and cycle with more vigour than some who are thirty years his junior. He rejoices to tell how he was carried as a baby by his mother to The Tabernacle, and thus commenced an association that has been continuous and close. From his eighteenth year he has been at work in the school, while every side of church work has received some contribution of time and service. Mr. Carter is local preacher and class leader. It is in keeping with the fitness of things that he should be President of the large brass band, one of the more recent developments that belong to the school, of which a son, Mr. George, is the respected and efficient Bandmaster. It is a joy to both Brother Carter and his good wife that of the twelve children who are alive all belong to the church, while Mr. James has been Society Steward and Circuit Steward of Old Hill Circuit, and Mr. John is Superintendent Minister of the Dudley Circuit, and Miss Sarah is Sister of the People at Salop Street in the Bilston Circuit.

Mr. Samuel Chapman is a native of Dudley, where he was born on the 13th June, 1850, and lived there till he was sixteen years of age. Three years at Brierley Hill preceded his coming to Old Hill in 1869 (the year in which The Tabernacle was opened) and in 1870, he became a Sunday-school teacher. Promoted soon to the position of assistant to Mr. S. Willets, he was in a little time induced to take fuller responsibility as Co-Superintendent and remains to-day in the same happy fellowship. He frequently refers in most grateful terms to the influence of the life and ministry of the late Dr. Joseph Ferguson,  whose greatest days were probably those he spent in this circuit. Tall, upright in stature and in character, Mr. Chapman is universally respected and beloved. He resides on the hills at Rowley and always he seems to carry something of this bracing atmosphere wherever he goes. Genial and kindly, with a laugh that is infectious, he is a downright, plain-speaking man who can be a “bonnie fechter” if needs be. He has not a particle of guile in his nature. In request as a local preacher because of the evangelical message he delights in, he has in recent days experienced great sorrow by the passing of his beloved life partner. In this loss he has the sympathy and prayers of hosts of friends.

We make no claims of genius for the three noble souls of whom we write. Theirs is just another illustration of what average ability consecrated to the services of God and man can accomplish. When one thinks of the power for good they have been in the district, of how the churches have been enriched and renewed by incoming lives from the school and of men and women who have gone out into the world to bless and sweeten its life, we feel that we cannot praise God enough for the Grace He has given. And surely it is seemly also that we “do honour to those worthy brethren!

Solomon was born abt 1842 at Rowley Regis, Staffordshire, to parents George and Sarah. George was a nail factor.

Solomon married Hannah Fisher (b abt 1846) in the summer of 1878 in the Dudley Registration District, Staffordshire. Census returns identify three children.

Tom was born abt 1847 at Rowley Regis to parents William and Sarah. William was a miner.

Samuel was baptised on 4 August 1850 at St. Thomas, Dudley. His parents were James, a miner, and Mary.

Samuel worked as an iron founder.

He married Maria Brookes (abt 1851-1921) in early 1877 in the Dudley Registration District, Staffordshire.