The Amazing Annakins of 'Arrogate

A Primitive Methodist family and their connections 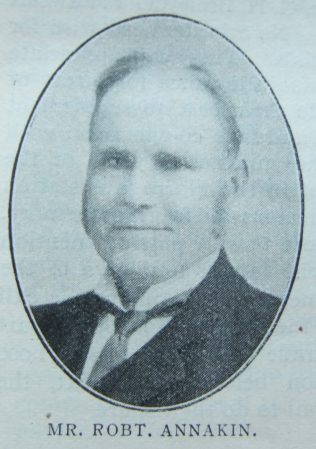 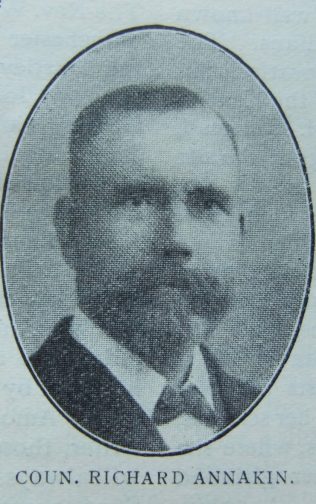 A large congregation assembled in the Dragon Parade Church, Harrogate, on September 26th, to witness the marriage of Miss Lillian Whitaker, second daughter of Mr. and Mrs. Whitaker, to Mr. A. B. Annakin. The bride was given away by her father. The bridesmaid was Miss Mabel L. Annakin, B.A., and the best man was Mr. A. H. Annakin, sister and cousin of the bridegroom respectively. Councillor J. H. Marlow presided at the organ, and Rev. W. Younger was the officiating minister. The bride was charmingly attired. A reception was afterwards held at Beech Bank, Harrogate, the residence of the parents of the bride, where the numerous and valuable presents were displayed. The bridegroom was the recipient of a congratulatory letter and a valuable tray from the trustees of the church, and a handsome clock from the choir. The bride and bridegroom have been closely associated with the church, and the parents of both are prominently associated with its official life. The bridegroom has rendered conspicuous service in the choir; his charming voice has often enriched the worship of the sanctuary. Their future home will be in Halifax, where the bridegroom is an architect, and conducts science classes on two evenings in each week. The honeymoon is being spent in Blackpool.

Mabel (1886-1916), his sister died two years later. Mabel was awarded her degree in 1908 by London University. London was the first UK University to award degrees to ladies in 1880, when 4 ladies graduated.

On Tuesday a crowded audience assembled at Dragon Parade Church to take part in an American evening. A country market was held, when vendors appeared in quaint country costumes. The goods were furnished mainly by private enterprise. An attractive programme was provided under the leadership of Ald. Richard Annakin. The refreshment stall was under the management of ladies. The chair was taken by Mr. Amos Chippindale, who commented on the splendid response. He suggested that “full speed ahead” illustrated the true attitude of the Church, and appealed to all departments to do their utmost to realise their true aims. In opening the proceedings J. W. Broadbent, Boston Spa, said he had a warm regard for Dragon Parade, and would never forget his association with its members during many happy years. Rev. B. A. Barber said that the amount raised had proved a revelation, and was significant of the loyalty of adults and young people alike. The net proceeds had realised £128 10s. He also wished to make an appeal. All the churches in Harrogate realised the menace of present day influences. Thousands of motorcars invaded their town every Sunday, and he wished to remind them that the wireless was not intended to supplant public worship. On a recent Sunday they had received thirty-four new members into the church and over 200 had received Communion. He hoped that every member would continue to safeguard the vital interests of the church, for no greater calamity could befall either the individual or society than the loss of worship. Ald. Shepherd heartily endorsed Mr. Barber’s sentiments.

Hannah (1853-1945) married Joseph Shepherd and had 3 children, including Norman Shepherd

Isabella (1859-1901) married Amos Chippindale and had 3 children, including Clement

There were other Annakins in Harrogate. Robert senior had 3 sisters and 2 brothers – not sure how many, if any, children his brothers had. Robert senior’s father, William also had a couple of brothers. The above was gleaned from about half a dozen Public Member Trees on Ancestry. They are not in total agreement and I have gone with the majority when there is any doubt – mainly Ann & Joseph. If the other Ann is the real one she would have been the twin of Lois, but the one I have gone for married an Auton and a Mr Auton gets a mention on the MPMA “Harrogate, Yorkshire” page. One person has Joseph married 3 times and producing 12 children in total – to do this he would have had to go to Australia to marry a second time and come back to marry a third time before going back to Australia to die. The consensus is that he did die in Australia so the second marriage may be correct but the third seems a bit far fetched. Nobody has discovered anything about the 3 eldest children regarding marriage or children of their own. One person has Jane dying as early as 1881. Only one person has Jemima getting married and only two offer a date of death.

So on their mothers’ sides Clement Chippindale & Norman Shepherd had at least 35 cousins.

Richard, besides being a Councillor ran a “Public Works” Contracting business (no comment). So did he build the roads serving the houses that Amos built? In 1911 his daughter Mabel worked for the Post Office as a telegraphist and Arthur Hymas seems to have worked for his father. Arthur Hymas was best man at his cousin’s, Arthur Bertie, wedding.

Robert was a coal merchant – so he sold the coal to the people who lived in the houses Amos built to keep them warm in the winter. His daughter Mabel graduated at London University in 1908. Her brother Arthur Bertie sang “impressively” at Norman Shepherd’s Memorial Service.