The Browns of Wardley Colliery-on-Tyne

Women beloved in our Zion 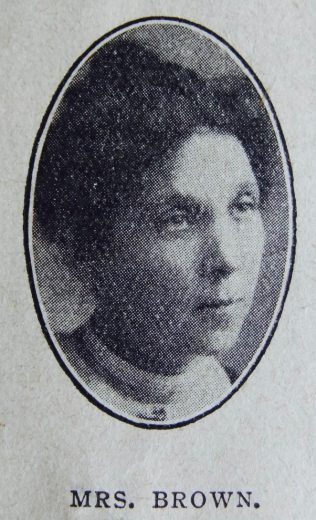 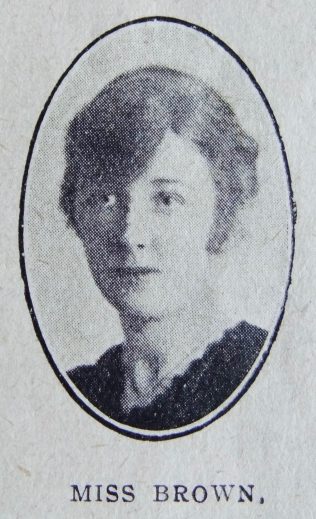 Transcription of Sketch In the Christian Messenger by James Palmer

THE colliery village of Wardley is not renowned for its beauty. It consists of eight streets which run at right angles. In the midst of the village stands a large pit heap, a relic of the old times. In winter time it is difficult to get either in or out on account of the bad road. The stranger may be forgiven if he wonders whether any good thing can come out of it. In this place a Primitive Methodist Church is of untold value to the people. Under the depressing circumstances it witnesses to higher things, and many a wonderful revival of religion has been experienced. The church is largely indebted to the life and labours of the Brown family.

Mrs. Brown, who is a teacher by profession, has charge of the Junior C.E. She knows how to organize an effort with the children. A piano was needed sometime ago, and every penny of the £68 was raised by the children. They look forward to the weekly meeting, because of the variety of the programme. She is also the President of the Women’s Own, and the women are indebted to her for her kindly counsel and spiritual information imparted week after week.

Mrs. Brown is a Missionary enthusiast. During the Missionary Jubilee, she decided that five shillings per member should be raised towards that effort. By the assistance of her daughter Florrie, a self-denying envelope was taken to every house in the village, and called for a week later. The result was that a church with only thirty-five members raised the handsome sum of £32 for missionary work.

In 1920, the ladies of the Jarrow-on-Tyne met to consider the advisability of forming a Women’s Missionary Auxiliary in the circuit. A good secretary is indispensable. The women could think of no one else for the post but Mrs. Brown. A capital secretary she has made, and the auxiliary is growing stronger month by month.

We admire the beauty and fragrance of her life, her unbounded generosity, her sacrifice and zeal for the work of the Lord. Miss Brown is walking in the footsteps of her mother.

She has imbibed the same interest in children, and her service for the missionary work is intense.

Mr. Brown follows up the rear. As treasurer of the trustees, he has the financial and spiritual welfare of the little church at heart, and as long as this family resides at Wardley, the future of the church is secure.

The subjects of this sketch were probably Margaret Brown and her daughter Florence.