The Vernons of Chester 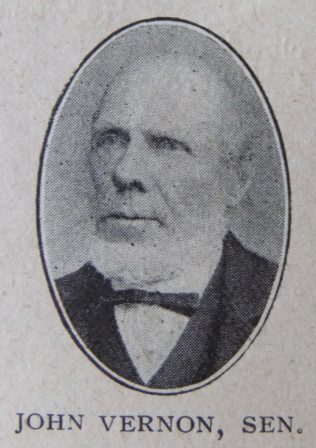 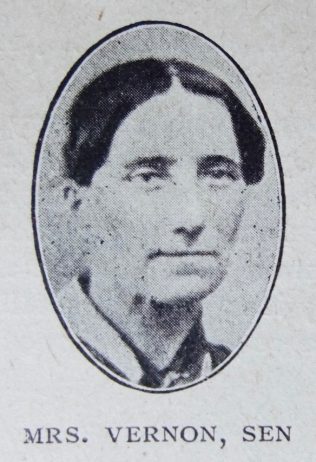 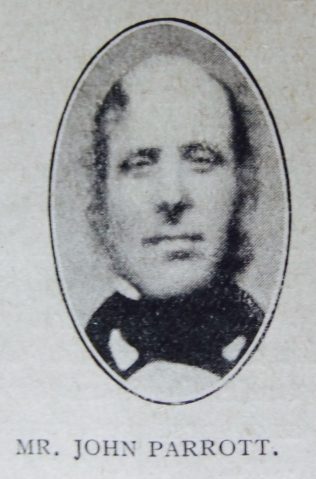 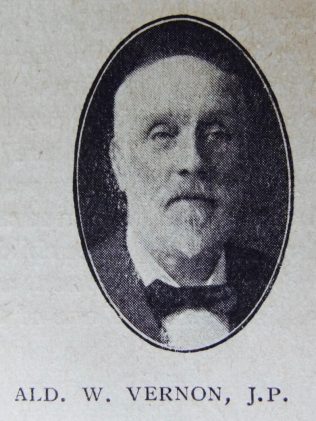 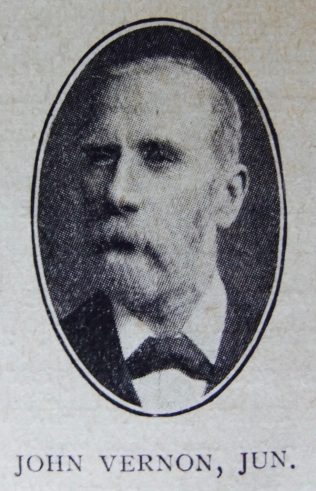 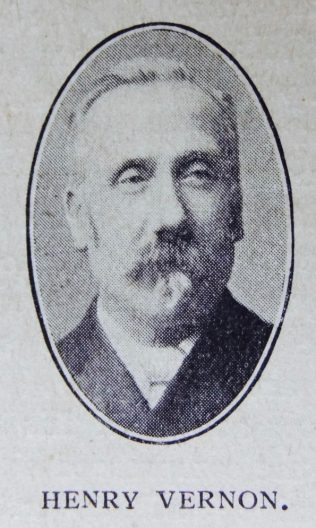 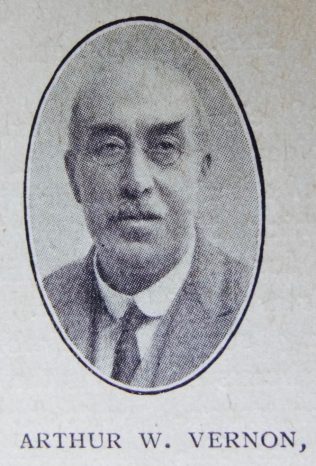 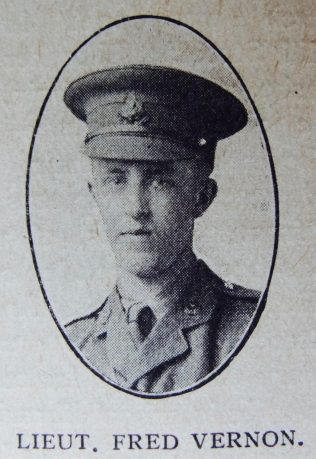 Transcription of Sketch in the Primitive Methodist Magazine by Rev. S. Palmer

THE family has been defined as a microcosm within a microcosm: the race in embryo. It is to society in general what the minute cell is to a plant. The best ordered State creche is no adequate substitute for a Christian home and a Christian family. Burns declares that it is from the Christian home “that Scotia’s grandeur springs.” And the same is equally true of England. Families of the Vernon order constitute her glory, and make her “loved at home, rever’d abroad.” Cheshire, Chester, and George Street Primitive Methodist Church in particular owe an incalculable debt to this family. In each of these ever-widening circles the name is synonymous; with rectitude, loyalty, social service, and magnificent generosity. The number of those who belong to the family, and are at present in fellowship with George Street, we will not attempt to enumerate. Mention can only be made of the outstanding names.

John Vernon, with whom the great succession really began, was born in 1819, and in 1841 married Miss Parrott, the daughter of John Parrott. He was for nearly fifty years an acceptable local preacher, and devoted Sunday school teacher. He worshipped first in the old Steam Mill Street Chapel, and was one of the five daring spirits who were responsible for leading the holy remnant from this primitive meeting-place to a new chapel in George Street, now used as the Temperance Hall. The present commodious church and school were opened in 1888, and are therefore our second erection in George Street. As the father was to the fore in the building of the first sanctuary, so the sons have been to the fore in the building and maintenance of the second. Martha Vernon, the wife of John Vernon, was an excellent singer, and belonged to the Choir at Steam Mill Street, her father being leading singer and school superintendent. After her marriage she still accompanied the singers at Christmas time, and carried her son William in her arms, as they sang from house to house. She was a minister’s friend, ever careful, like the woman of Shunem, for the material comfort of the Lord’s prophet. Little wonder that to-day the son whom she carried as she carolled is one of the best circuit stewards in the Connexion.

Of the children born to John and Martha Vernon, William, John and Harry are still alive, and their religious interest and devotion are unabated. William was born in 1842, and married in 1868. He became a Sunday school teacher in 1858, and superintendent in 1876, which position he still holds. He was a trustee of the first chapel in George Street, and is the father of the present chapel trust. He became circuit steward in 1912, upon the death of the late, and deeply lamented, John Jones. He is an Alderman of the City Council, and has been a member of the Board of Guardians since its formation. He was for twenty-five years Chairman of the House Committee. William Vernon is one of the choicest souls God ever created. Two of his daughters are members of George Street. His eldest son – Arthur W. Vernon – is married to the daughter of that great man, James Travis, who spent fifteen years of his active ministry in Chester. He is trust treasurer, succeeding in that office the late Mr. G.F. Adams. During his first year of office the church has extinguished the debt. Mr. A.W. Vernon’s eldest son, Fred, was killed in the war. His death was a great blow to his parents and his grandfather alike, as in him were centred their highest hopes. A beautiful stained glass window has been placed in the church to his memory by his parents. His younger brother, Phil, is a youth of brilliant parts, and is now studying for medicine at Cambridge.

Walter J. Vernon, the Alderman’s second son, is superintendent of the senior school, a trustee, and deputy circuit steward; and, like his father, he is well-read, eminently sane, loyal and generous. His excellent wife is a daughter of the late John Jones. Their house, like that of their parents on both sides, is the centre of a quiet and gracious hospitality.

John Vernon, junior, the brother of William, was born in 1847, and to-day, despite his seventy-five years, is more active than many at forty-five. He seems to carry about with him the secret of perpetual youth. In 1869 he married Miss Probert, who is still alive, and shares with her brother-in-law, William Vernon, the distinction of being the oldest members of the George Street Church.

Both became members when the church worshipped in Steam Mill Street. Like her husband, she was in the choir, which she joined at the age of eleven. In 1919 they celebrated their golden wedding, and were the recipients of a valuable gift from the choir, of which Mr. Vernon has been the conductor for sixty years. He is the “St. Andrew ” of George Street, serving it during seven days of every week, and for ten hours of every day. He is school librarian, magazine manager and secretary, trustee, Endeavour leader, and choir master. Never in our experience have we met such a man, who devotes, without fee or reward, all his time to the service of Zion. He is a knight of the wheel, since his unaided feet cannot carry him fast enough upon the errands of the church. Three years ago, at a cost of £100, he installed the electric light in the church, and towards the recent bazaar he gave, a hundred guineas. His money, time and talents have been dedicated to God since the age of fifteen, when he was converted under the ministry of the late Rev. Joseph Prestwich. Our regret is that he has no son to succeed him in the great commission. He promises to go on for yet many years. His leaf does not wither.

Henry Vernon, the youngest son of John Vernon, senior, was born in 1857, and was married in 1877. Husband and wife are both alive, but at the present time are in greatly weakened health. Henry was a member of the choir, and for a period a Sunday school teacher. Their three children, William H., John and Miss Vernon, are church members. William H. is one of the door stewards. A joiner by trade, he is an artist indeed, and produces some beautiful work. At the recent bazaar he and his wife were responsible for a stall, the unique distinction of which was that everything on it had been painted by our joiner-artist, from studies in still life to landscapes. A substantial sum from the stall was netted for the bazaar. John is still in the choir. Both sons were called up for military service during the war, and the shock of parting with them had such a dire effect upon their father’s health, that the mark is upon him to-day. Impaired health cannot, however, shake his confidence and interest in the church. He is there when some much more robust are away.

As the dates quoted in this brief article go to show, the compressed history of this truly remarkable family covers a period of one hundred years. Chester was missioned in 1819 by a young man “full of grace and power,” named Joshua Reynolds. In that same year was born John Vernon, father of William, John and Henry, and grandfather of Arthur, Walter and the others, and the great-grandfather of Fred and Phil Vernon. Through this family we are in touch with the beginnings of Primitive Methodism in the historic cathedral city of Chester. A long century is broken up into four generations, until our modern to-day is directly and beautifully related to an ancient yesterday. The unit has become a multiplication table. What an unbroken stream of pure and unselfish influence, flowing out for the enrichment of society in general, and our Church in particular, the Vernon clan represents! And all issuing through the grace and wisdom of God, from a pair of humble and pious souls. Surely it is no exaggeration to say, with such a romantic story in mind, that, two who are one in Jesus Christ, and who become united in marriage and life, can do no greater work on earth than create a Christian home, and raise a family to the glory of God, and for the blessing of society. Idyllic as may have been the aspirations of John and Martha Vernon in those remote days of the early Victorian age, they did without doubt build infinitely better than ever they dreamed.

The late Morley Punshon, in a sermon on Elijah, says: “What reek we of his ancestry, if he be royal in his deeds?” In this age of the social question, with its emphasis upon the improvement of environment, we are apt to sniff sarcastically at an unadulterated genealogy. But It is still true that heredity must be reckoned with as well as environment. A noble ancestry, in the  Tennysonian sense that “it is only noble to be good,” contributes materially to the solution of the problem of a healthy environment, as the annals of the Vernon family abundantly prove. And the annals are not yet ended.

John Vernon, senior, was baptised on 23 January 1823. His parents were Samuel and Ann.

William Vernon was born in 1842 at Chester. Census returns identify the following occupations for William.

John Vernon, junior, was born in 1847 at Chester. Census returns identify the following occupations for John.

Henry Vernon was born abt 1857 at Chester. Census returns identify the following occupations.