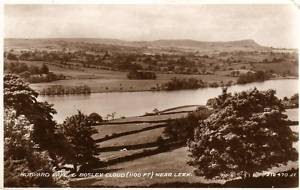 My maternal great x 5 grandparents were some of the first Primitive Methodists at Cloud chapel. They lived at Ashmore house farm Rushton, a farm used by Hugh Bourne, James Bourne and James Crawfoot as a preaching place. It had formerly been a Wesleyan preaching place.

Of the two daughters Mary was an invalid dying in 1814, but being the subject of one of the first influential obituaries in the Primitive Methodist Magazine ( 1819) because of her holy living. Bourne wrote “Mary Dakin sustained an eminent rank ; she grew in grace, and in the knowledge of our Lord and Saviour Jesus Christ; and such was her steadiness that it is supposed she never lost ground.”

Her sister Elizabeth (Betty) was described by Kendall as a protege of Hugh Bourne and became one of his first camp meeting preachers, and a preacher on the Tunstall plan. She was to marry a Wesleyan, George Harvey of Gratton, Leek, and on moving to Cheshire, Wynbunbury and Broomhall Green their farm ‘The Oak’, became a preaching centre, hosting among others Hugh Bourne. Elizabeth and George became important members of the Burland Primitive Methodist Circuit, and in his biography of Hugh Bourne, Bourne’s nephew John Walford described the Dakins of Rushton as THIS AMIABLE FAMILY.

Rebecca died in 1822 and was buried at Astbury Church Congleton. Her obituary appeared in 1823.